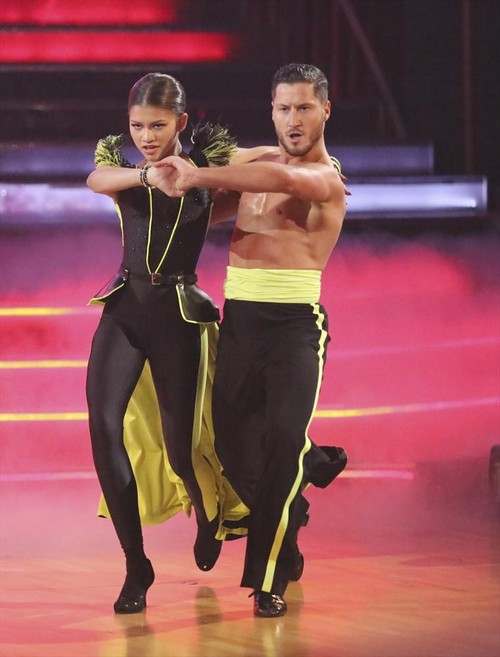 ZENDAYA danced a PASO DOBLE on the seventh episode of Dancing with the Stars: 2013 performance show tonight.  On this week’s show the seven remaining couples hit the dance floor for the ever popular, Latin Night.   The couples will perform to a Latin-inspired hit.  If you missed the show, we recapped tonight’s show for you and if you want to see how all the couples did go HERE!

Judges comments:  Len: “I was there, I was in the bull fight.  The cape fluid and flowing.  That dance had attack and aggression.  You have to lift you chin a bit.”  Bruno: “You looked like and Angel you danced like a fury.  Len is write, chin up.  You are a magnificent dancer.”  Carrie Ann:  “It was kinda like a song without a baseline.  But it was beautiful, you cannot compete with your lines!”