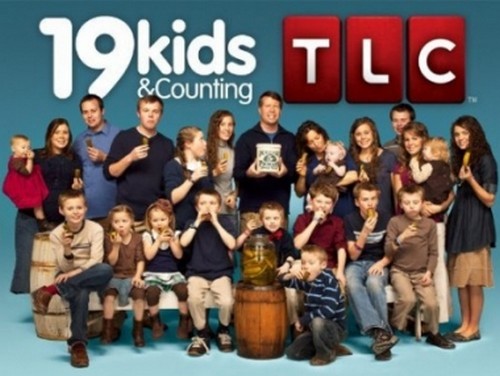 On the last episode while the girls were out promoting their new book, Derick took the opportunity to do some secret planning back at home. After getting permission from Jim Bob to ask for Jill’s hand in marriage, was he able to pull off an intricate proposal?  Did you watch last week’s episode?  If you missed it we have a full and detailed recap, right here for you.

On tonight’s episode take a hilarious and touching walk down memory lane with the Duggars and Cousin Amy as they share some of their favorite family events. And then Amy creates a brand-new memory when she makes a Duggar-sized announcement that none of her family sees coming!

Tonight’s episode of 19 Kids and Counting focuses on Amy Duggar, the niece of Michelle and Jim Bob. Although she is an only child, she grew up with all 21 of the Duggar’s children, and is only 18 months older than Josh. The Duggar kids all love Amy, and think that she is the “perfect combination of energy and spunk.”

Today, Cousin Amy has called a family meeting. The Duggar kids all gather around in the living-room and speculate about what possible announcement she is going to make. Some of the kids think that she may be engaged. Jim Bob says that “there is no telling what she is up to.”

Some of the younger Duggar kids think that maybe Amy’s big announcement is she is moving to a farm since she loves animals, and they chased lambs with her and she kissed a camel when they were volunteering at an animal shelter.

Jason thinks that maybe Amy’s surprise is she is throwing a huge party, since she loves parties. She crashed his 9th birthday party at a skating rink and made everyone skate with her, even their Grandma. And they even surprised her on her 24th birthday party, and they wore clown masks to scare her because she is deathly afraid of clowns.

Jim Bob thinks that Amy’s surprise might be she is off to do something adventurous, when the Duggar family went sky diving Amy was the first of the family to take the plunge and fell in love with it. She claims it made her feel like a super-hero, and she convinced Jim Bob to give it a try.

Before she shares her news Amy reminisces about the time she travelled with all of the Duggars and her Grandma to England, Ireland, and Israel. Amy rode a pig, drank milk straight from a cow’s utter, and got baptized in the Jordan River by her Uncle Jim Bob.

Amy finally arrives at the Duggar house and calls all of the children in to the living-room over the loudspeaker. Amy announces that she loves to travel and she loves to sing, so she has decided she is going to Nashville, Tennessee to pursue her dream of becoming a country singer. Jim Bob warns her that there are literally thousands of people that head to Nashville to make it big, and they just wind up working in restaurants as waitresses.

Amy confesses that she doesn’t know the first step to becoming a country singer, but it’s a passion that she has and she wants to follow her heart. Jim Bob leads the family in prayer, and pray for Amy on her new adventure. Amy is touched by their prayer. Jim Bob warns her that there are going to be a lot of guys that try to sweep her off her feet, but she needs to wait until she meets the right Godly guy for her.

Overall the Duggar kids are shocked by Amy’s announcement, but they are happy for her and excited for her. They hope she is successful on her journey to Nashville.