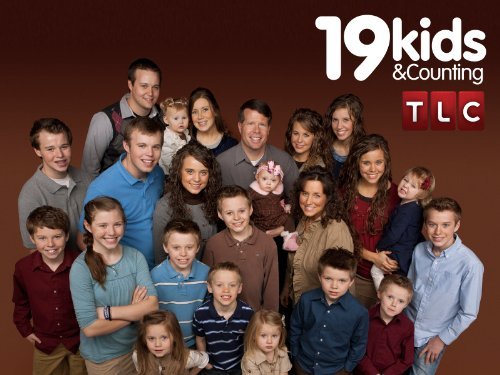 Tonight on TLC 19 Kids and Counting returns with another new episode. On tonight’s episode called “A Duggar Leaves the Home.” Country singer Amy Duggar, Jim Bob’s niece, recalls her favorite family events and surprises her relatives with the news that she’s moving to Nashville to pursue a career in music.

On the last episode we took a hilarious and touching walk down memory lane with the Duggars and Cousin Amy as they shared some of their favorite family events. And then Amy created a brand-new memory when she made a Duggar-sized announcement that none of her family saw coming!  Did you watch tonight’s first episode?  If you missed it we have a full and detailed recap, right here for you.

On tonight’s episode Amy Duggar is headed to Nashville, y’all! With dreams of becoming a country music star, she along with her mom and Grandma are packing up their bags and heading for this music city. Will she have what it takes to make it big in country music?

On tonight’s episode of 19 Kids And Counting, Amy Duggar heads to Nashville. Amy currently still lives at home with her Mom Deanna and her Dad Terry. Her parents lived separately and never got married until she was nineteen years old. So, she hasn’t wanted to leave home because her family is finally together and she wants to enjoy spending time with her Mom and her Dad together.

Amy has been working as a nanny for six years and has been saving up money the entire time. She has enough money to stay in a hotel for two weeks. Her Mom asks her what she is going to do if she doesn’t succeed in two weeks. Is she going to pack up and return home when she runs out of money?

Amy, her Mom, and her Grandma finally arrive in Nashville and check in to their hotel. Amy helps her Mom fix her hair in the morning, and tries to get her to tease her hair because they are in Nashville and “the higher the hair, the closer to Heaven.”

First thing Amy meets up with her producer Jamie Slocum at the Grand Ole Opry. Jamie takes her out on the Opry stage and introduces her to the stage manager. After the tour Amy and Jamie sit down and discuss the hard work and energy she is going to have to put into her career. He tells her that if she isn’t serious or tenacious about it, then she should back out now. Amy reassures him that she is in it for the long haul and will give her career everything she has.

The next day Amy meets up with her friend David and they head outside and sing on a street corner. Amy is scared at first, but David convinces her that if she can’t string in front of strangers then she won’t be able to sing in front of record execs. Amy overcomes her fear and belts out “Amazing Grace” on the street corner; she feels awkward without a microphone, but she made a few fans.

Jamie has set up an open mic night for Amy, and he has a record exec coming to see her. He has her come in to the studio to practice a few songs for the open mic night. They are off to a bumpy start, and Jamie tells her that she sounds “horrifically awful.” To make matters worse, her Grandma interrupts and tells Jamie he is “being too difficult.”

The second time around Jamie is pleased and says she is improving. Jamie gives her a new song that she has never heard before and tells her she needs to learn it by the open mic night. Amy heads back to her hotel and her friend David comes over and stays up with her all night practicing the songs that Jamie gave her.

The next day it is time for Amy’s open mic night. Amy brings her friend David along with her to play guitar for her while she sings. Her Mom takes her aside real quick before she performs and gives her a pep talk. Amy takes the stage and notices the record exec sitting with Jamie, she nails the first song she has to sing. Unfortunately, she freezes during her second song. There is an awkward pause and David tells her to take a deep breath and try it again. The second time around she finishes the song without any problem.

The record exec thinks that Amy seemed a little nervous, which is typical for new artists, but she plans to contact Jamie so she can hear more of Amy’s music.