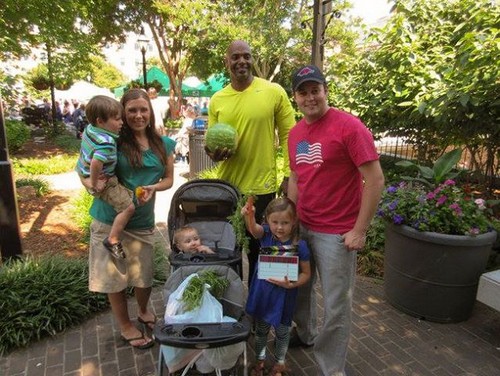 Tonight on TLC  19 Kids and Counting starring the Duggar Family returns with an all new Tuesday September 16, Season 9 episode 3 called, “Duggar Dirty Jobs.”  On tonight’s episode Ben moves into the guesthouse on the Duggar’s property, and Jim Bob puts him to work with a long list of chores to be completed by day’s end. Meanwhile, Jill and Derick shop for wedding bands.

On last week’s episode Jill and Derick go on a hike and picnic, while Jessa and Ben had a date at a shooting range, but both outings were chaperoned, respectively, by James and Jason.  More happened!  Did you watch the last episode?  If you missed it we have a full and detailed recap, right here for you.

On tonight’s episode with Ben Seewald having moved in, Jim Bob puts Jessa’s beau to work with a full list of jobs for the day. Can Ben get them all done, or will his first day on Duggar duty be his last? Meanwhile, Jill & Derick go wedding band shopping.

It feels like it’s coming full circle for Michelle and Jim Bob. On tonight’s episode, their daughter Jill was out shopping for her wedding rings with her fiancée and the couple chose to go to the same jeweler her parents used nearly 30 odd years ago.

So it’s a bittersweet moment for Jill’s parents. On the one hand they’re glad their daughter is getting married to a man they both approve of and know she loves but on the other the parents also have to come to terms with essentially losing their daughter. She’ll be moving out soon and Jim Bob is taking it harder than he did with his son. It’s only recently he found out that letting go of daughters was going to be harder.

Jim Bob also found it easier when Jessa’s beau lived 4 hours away. However his paternal instinct (the one that wants his daughter happy) prevailed and he realized it would be easier on Jessa to have Ben closer. So Ben is currently the only non-Duggar living on the property and Jim Bob has made sure the young man is at least earning his keep. Jim Bob has Ben working on his many errands and though he needed the extra pair of hands to get some much needed work done – he and Michelle also thought it best to keep Ben busy enough that there aren’t any run-ins with Jessa.

They trust their daughter but hormones are hormones!

Jessa finds it very appealing for a husband to know how to work with his hands yet she might have to readjust her standards with Ben. He ended up struggling with a lot of his tasks and so he needed help. Thankfully he got it from a Duggar who naturally knows what he’s doing.

Still, there were certain things he had to do on his own. Such as cleaning the old bathrooms at the old Duggar house. Two bathrooms for a household of 17 people turned out to be really disgusting. But Ben did his job and he never once complained.

[10:02:33 PM] Kristine Francis: In part two of tonight’s episode, Michelle wanted to instill some skills in her daughters. Like reupholstering which is something her daughters are going to need if they plan on having a large family like their mom.

Reupholstering is just one of the many ways Michelle has continued to be frugal. And with a family of so many kids – she’s learned where to cut costs where she can. Take their hair cuts for instance. By time the youngest Duggar is 18 her family would have already saved over thirty grand from simply cutting their own hair themselves.

But when the kids move out – they tend to get used to different type of lifestyle. When Joshua and Anna moved – they weren’t eating as healthy as they normally would have or so Josh claimed. Most of their food was pure fat. And even one of their little ones could tell that they should be ashamed about their lack of vegetables.

So the family is getting kicked into shape. Josh’s old trainer Steve is back and he’s going to put the family on a diet. The other man was a bit shocked when he arrived at the Duggar’s home. He had instantly noticed that Josh had put on a good 20 -25 pounds since the last time. And later when he was with the whole family in the car – he noticed a candy bay lying around. Though no one wanted to take responsibility for it.

Meanwhile Jinger and Jessa found out what they could do to help with the wedding – do the engagement photos. The duo weren’t all that great at the job but they did try. Earlier, their younger siblings had created some pottery for their sister so the photo session was their contribution. Jinger is great photography and Jessa is great at giving directions. Hence it really should have been the perfect fit for them. It’s just too bad that bugs and location kept causing a problem.

The photos did turn out nice though. The engaged couple were only allowed to hold hands and the photos still looked as nice as other people’s engagement photos.