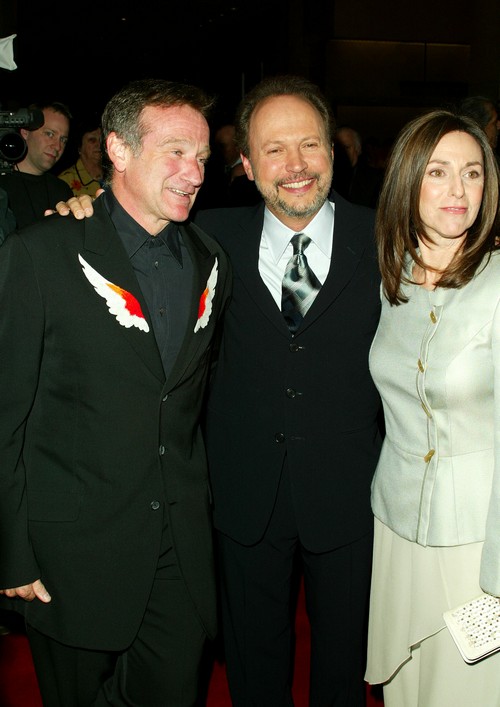 They’re calling this the golden age of television, but if that’s the case, then shouldn’t the Emmy Awards be more… interesting? At least, they should be more surprising than they were, instead of stodgy and boring. Granted, they at least had SOME shocking wins, which is more than we could say at the Oscars.

Without a doubt, the best [and most moving] part of the 2014 Emmy Awards program was Billy Crystal‘s tribute to Robin Williams. It was funny, it was touching, and it remembered Robin in exactly the kind of light he would want to be remembered – as a man who brought laughter to many of our lives.

Apart from that In Memoriam section, the evening was mostly comprised of Seth Meyers making boring jokes, with some awkward interludes from guests and announcers. The winners themselves [thankfully] kept to the time limit for their speeches, but when you know most of the people that are going to win, does that make it more or less exciting?

For example, did anyone look surprised when Julia Louis-Dreyfus won Best Actress in a Comedy for Veep? No, because everyone knew she was going to win. She deserved it, for sure, but still – not surprising. And then, Jim Parsons won Best Actor in a Comedy for The Big Bang Theory. This time, I don’t think it was deserved, only because Louis C.K. was the odds-on critical favorite to win – but because a bajillion people watch Jim’s show, the award went to him instead. See – the academy hates taking risks.

There was no further proof in this than when Modern Family won AGAIN, for Best Comedy Series. Seriously? You’re telling me that Modern Family is more groundbreaking, more intelligent, and funnier than Orange is the New Black, Veep, and Louie? Seriously?! Ok, we get it, you guys love Modern Family. But for once, just pick something else.

Now, Best Actor and Best Actress in a Drama actually had a few surprises, which made the night bearable. Bryan Cranston won Best Actor for Breaking Bad, beating out Matthew McConaughey [who let a brief moment of upset pass over his face]. It was Breaking Bad’s final season, Bryan is phenomenal – it was a deserved win.

But honestly, the first TRUE surprise of the night came when Julianna Margulies won for The Good Wife, beating out favorites Robin Wright [House of Cards] and Kerry Washington [Scandal]. I guess the academy wanted to make up for not nominating The Good Wife, and they decided to do that by giving Julianna the award.

And then, did anyone not expect Breaking Bad to win the final award for Outstanding Drama series? The show was consistently excellent, and went out with a bang – it deserved that win, through and through.