2014 Emmy Awards: What To Expect At The Awards Show 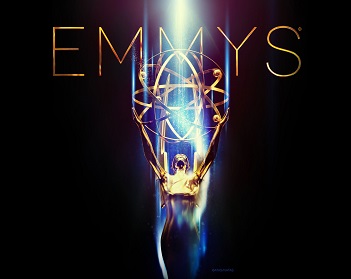 The 2014 Emmy Awards are upon us, and we all know what that means – a lot of dry jokes from host Seth Meyers combined with an evening of self-congratulatory speeches. Basically, a perfect recipe for drinking games and/or deathly boredom.

Alas, it’s possible that some genuinely entertaining and/or surprising moments happen tonight, which would be shocking for all involved. In general, these types of awards shows rarely take risks, which was further proved when Tatiana Maslany [Orphan Black] was snubbed for Best Actress in a TV drama [a travesty, if you ask me].

Anyway, there are actually some tight races that some of the pundits are torn on, and they include both Best Actress in a TV drama and Best Actor in a TV drama. Kerry Washington [Scandal] and Robin Wright [House of Cards] are both expected to battle it out for Best Actress, whereas Kevin Spacey [House of Cards], Matthew McConaughey [True Detective], Bryan Cranston [Breaking Bad], and Jon Hamm [Mad Men] all have equal chances for winning Best Actor in a TV drama, although I’d still give the edge to Matthew McConaughey or Bryan Cranston.

Now, Outstanding Drama Series is a doozy, with several heavy weight contenders. Honestly, True Detective, Breaking Bad, and House of Cards all have an equal chance of winning. Breaking Bad might have the edge thanks to the glow of the final season, but really, True Detective was groundbreaking for long-form television and the academy might want to honor that.

In the comedy category, Julia Louis-Dreyfus [Veep] is a lock for Best Actress in a Comedy, while Louis C.K. [Louie] will probably win Best Actor in a Comedy, although Jim Parsons [The Big Bang Theory] has a chance of sneaking in there. But, overall, it’s between Orange Is The New Black, Veep, and Modern Family for the big prize. I really, really hope Modern Family does not win AGAIN, because that will prove that the academy really isn’t watching anything they’re given.

There’ll also be an ‘In Memoriam’ section, where Billy Crystal will honor the beloved Robin Williams, who died a few weeks ago after committing suicide. It’ll certainly be a somber addition to the evening’s festivities, but one that actually means something – unlike most of what these awards shows consist of.