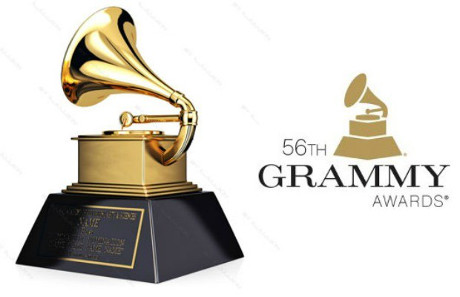 The 56th Annual Grammy Awards air this coming Sunday and with many of our fave artists nominated for awards we’re not quite sure who to root for. Luckily, Bing has compiled a list of winner predictions based upon recorded search data, providing a unique way of not only looking at this year’s awards but examining which artist’s are taking the cake in terms of popularity. According to Bing, “Blurred Lines” by Robin Thicke was the most searched for song among nominees in Best Record of the Year category. The borderline-awful song raked in 57% of the searches. Lorde‘s “Royals,” which was a breakout success for the young New Zealand alternative pop star, came in second with 32% of the searches.

In the Best Solo Performance category, Katy Perry and Justin Timberlake are tied, both having established 34% (each) of the votes. Lorde comes in behind, in the number 3 spot, at 24%. And it might not come as any surprise to hear that Taylor Swift is dominating the search bar just like she usually dominates award seasons. For Best Country Album, T-Swift blows the competition out of the water with 71% of search results — and she even managed to grab most of the search power in the Best Album of the Year category, where she pulled in 67% of searches.

Far behind were Macklemore & Ryan Lewis’s The Heist at 14 % and Kendrick Lamar’s Good Kid, M.A.A.D City at 11% of the searches. Wow! Two really popular artists dominated by the T-Swizzle. If search results are to have any say in the matter, well, this might be another epic year for Taylor Swift (but, honestly, when hasn’t it been an epic year for Taylor?).

Let us know what you think about this search data in the comments section below and don’t be afraid to leave your winner predictions there as well.