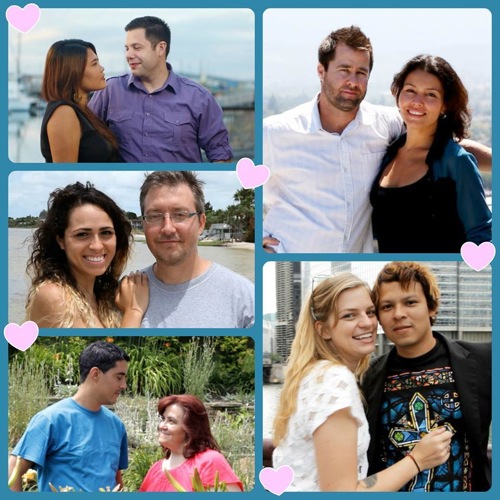 Tonight on TLC 90 Day Fiancé continues with an all new Sunday December 28, season 2 episode 11 called, “The Couples Tell All,” and we have your weekly recap below. On tonight’s episode season two’s six couples reunite to discuss their emotional journeys and what happened after the cameras stopped rolling.

On the last episode, Chelsea panicked before her wedding; Jason and Cassia tried to fix their relationship problems. Did you watch the last episode? If you missed it, we have a full and detailed recap right here for you.

On tonight’s episode as per the TLC synopsis, “All six couples meet for the first time in an emotionally charged reunion special”

It’s the reunion on tonight’s episode of “90 Day Fiancé” and for the first time all the couples will be sitting down in one place. They’ve come back to answer some hard-hitting questions and hopefully viewers will finally get to see if the couples manage to make it work or if their doubts and outside skepticism drove the couples apart.

Speaking of skepticism, it’s the one thing that all of them have to deal. Chelsea and Yamir got a lot of flak from his manager for her part in breaking up the band. Yet not much has changed for them despite all the dire warnings. Yamir was told he shouldn’t settle in a small (predominantly white) town because he wouldn’t have an easy time there but that’s something Yamir walked into with his eyes open.

He knew he was going to be sacrificing a lot in order to be with Chelsea and he was prepared to do that seeing as she had once give up a lot to be with him back in Nicaragua. So, yes, adjusting to America was hard on him as it was hard on basically everyone else that was thrown into a new culture but he doesn’t regret that decision.

And neither does Cassia. Unlike Yamir and Chelsea’s relationship, Cassia’s own relationship was faltering from the very beginning. Yet somehow she and Jason still got married. And while they’ve had some rough spots – things seem to have finally calm down in their hot and cold relationship.

Also there’s a few things many of them would have changed after they saw themselves on television. Daya and Brett have had to look back on the early days of their relationship. And not surprisingly they hadn’t liked the way they came across. They felt like Daya was shown in a poor light when the truth is she’s just very blunt.

She wasn’t being a gold digger when she asked Brett to get her ring appraised. She simply thought he wasn’t being honest and maybe a tad embarrassed about not having enough money to buy a real ring. So that’s why she asked. Though no one else saw their situation that way. And that includes other people that were there like his mother.

Brett had a tough time dealing with his mother. She felt like he should have just found a woman already in America. And so he explains why he look towards the Philippines. He said he wanted to find a woman that would have the same values as he did and in the Philippines it’s not even legal to get a divorce. So that’s how he came to meet Daya.

And it’s not like he merely sprung Daya on his family. They at least knew she was coming. Justin’s family on the other hand hadn’t even known he was dating anyone seriously. And immediately after they were introduced to Evelin – Justin told them they were engaged.

Though some did come to see the value in leaving the family out of the relationship until they had to. No one in Danielle’s family liked the idea of her marrying Mohamed. And in fact they were not shy about hiding it.

Mohamed, even now, doesn’t seem like he loves Danielle. Liking her is probably a stretch as well because he’s done and said a lot of things that make it appear he’s only stuck around for the green card. From the very beginning of tonight’s episode, he said he came to America for the adventure but later he admits he’s not happy. He says he doesn’t like sitting in the house all day doing nothing when what he really means is that he doesn’t like being broke and in debt thanks to his marriage to Danielle.

While Danielle, refuses to see how bad her marriage is. She thinks they can work through whatever is thrown their way and has yet to accept the reality of her situation.

The youngest couple there, Danny and May are babies compared to her and still they have more sense. They knew they would have a tough time in dealing with his father and the older man’s outdated beliefs on interracial couples. But they stuck it out and with time they were able to change most of his father’s seemingly out there ideas.

Recently, the older man has gotten closer to his daughter-in-law and Amy is hopeful about one day being fully accepted as his daughter.

But there was a lot that happened after the cameras stopped rolling and that’s the part everyone wants to know. Who lived happily ever after? And, well that answer is kind of tricky. Because while most of the couples appeared to have adjusted to married life, there’s also Mohammed and Danielle. And they’re clearly not part of the happy couple equation.

Mohammed had already left her once, albeit temporarily, and during that time he was in talks with a female friend that was apparently advising him to leave Danielle. So, no they don’t have what it takes to make it to the long run.

At this point, he’s probably waiting until either a green card a job comes in before he chooses to leave her again!