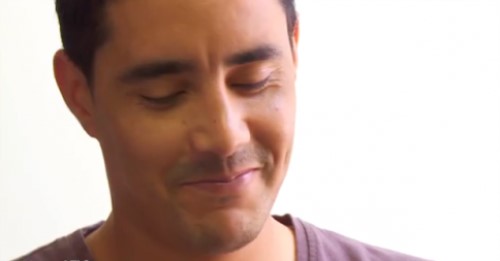 Tonight on TLC 90 Day Fiancé continues with an all new Sunday December 7, season 2 episode 8 called, “Going Once, Going Twice…Gone?,” and we have your weekly recap below for you. On tonight’s episode Danny and Amy’s families meet; Cassia fights with Jason; Mohamed visits a lawyer on his wedding day.

On the last episode, Jason and Cassia struggled with Jason’s work schedule and the wedding budget. Danielle broke bad news to Mohamed. Evelin bonds with Justin’s Mom. Brett’s skeptical friend Sue finally met Daya. Danny hoped his conservative parents don’t offend Amy. Did you watch the last episode? If you missed it, we have a full and detailed recap right here for you.

On tonight’s episode as per the TLC synopsis, “Mohamed consults a lawyer on his wedding day; Danny’s and Amy’s families meet; Justin surprises Evelin and his mom; Chelsea and Yamir discuss his music career; Daya and Brett look for an apartment; Cassia breaks down during a fight with Jason.”

The fairytales are unraveling on tonight’s episode of “90 Day Fiancé”. Although, truthfully, they’ve been becoming undone for quite some time. It’s just no one was addressing it until now.

Danny and Amy are embarking on an interracial marriage. Overall, quite serious. Though, it’s something that shouldn’t be too much of a big deal in 2014. But if you’re someone like Danny’s father then you believe such a marriage it’s still wholly unacceptable in the states. So while Danny and Amy do want to go through with their marriage – having bother their families together in one room is more than just a little uncomfortable.

Danny is constantly worrying himself. His biggest fear is that his father will say something wrong in front of his future in-laws. Yet his father ended up doing the exact opposite of what he was so scared of. Rather than go on a potentially dangerous racial rant, his dad said about two words and that’s it.  And he came from as rude for doing so. By not participating when the rest of them were getting to know each other – it made his feelings on this marriage well-known without saying anything.

As for Mohamed, he had told his bride to be that he was having second thoughts. And it seems like he still has some unanswered questions about marriages in the US. So he went to a lawyer and asked for a consultation.

Mohamed wanted to know all about the entailment’s if he were to actually marry Danielle. And what he found out is that if he married her then he could eventually become responsible for all the debt she might occur. Which is important because debt is a big red flag for Mohamed. Earlier, Danielle had admitted to him she lost her job and Mohamed has yet to find a job for himself.  So if they do get married – they will have both have entered the marriage completely broke.

Hence Mohamed is rethinking his upcoming wedding. And how could he not? He already feels like Danielle is hiding things from him (financially speaking) and Danielle could be lying about other things if she felt that was the only she could keep him.

Then there’s Justin and Evelin. Justin has been fighting any and all family involvement in his wedding. But then Evelin kept on him and she made him see how important it was to at least have his mother there at their wedding.  So he changed his stance and hopefully that could earn Evelin some brownie points with her in-laws.

Another guy that’s changing for love is Brett. Before Daya had come to the states, he was happy living with roommates. They were good friends of his so he had no problem sharing with them. However he’s had to change this stance and his living situation because of Daya.

Not only is there not enough room in the house for the couple to have some alone time but there’s also not enough space for his daughter when she comes to visit. The last time she came for a visit, all three of them had to share a bed.  So it’s not like they didn’t need the extra space. It’s just that Brett would never have made a decision like that on his own.

Daya convinced him to look for apartments and that’s what they did. They even found a nice place that would give his little girl her own room.

So while Daya managed to get Brett out of his rut with little to no problems – not everyone else was so lucky. Jason and Cassia got into an argument. And it was over something so silly yet it  still revealed an even bigger problem they had.

Jason had taken Cassia with him to an auction. That’s how he’s able to set up his business but what Cassia couldn’t understand is why her future husband only wanted spend time at work. Jason hasn’t taken her out to have fun. They’ve just been doing whatever he wants to do and most of the time it’s boring to this young twenty year old.

There’s no nightlife where Jason lives and when they do go out – he’s constantly telling her to calm things down. Like the fact he didn’t like how she wanted to wear a bikini to the beach. So their argument was about his attempts at aging her and her sheer boredom in living with him.

Their fight could either make them or break them but I guess we’ll merely have to wait and see on this one.

Elsewhere, Danny’s dad started to come around to the idea of Amy marrying into the family. At first, there was a part of him that had wished his son would get cold feet. But after spending some time with Amy and her family – he realized how special Amy was. She was a nice kid and more importantly she made his son happy. So he warmed up to her.

And Justin’s mom came to see the true value of having Evelin in the family. The two women came together to and worked on Justin until he changed his mind about the small wedding. First his mother got her invite then his brothers were invited.

So, in the end, Justin’s mom remains thankful towards Evelin. She feels like the other woman could finally get Justin to let his family in a little bit more.

And as for Mohamed and Danielle, Mohamed is using still considering his options on the day of the wedding. They are people that have traveled and rearranged their schedules just to attend and yet the groom is waiting on advice from his friends before he can give anyone some kind of reassurance.

Mohamed and Danielle took a minute to speak privately. And once Danielle had promised her groom she was going to consult about future financial decisions – he chose to go ahead with the wedding. He later said Danielle and her daughters needed him and that’s why he was staying.