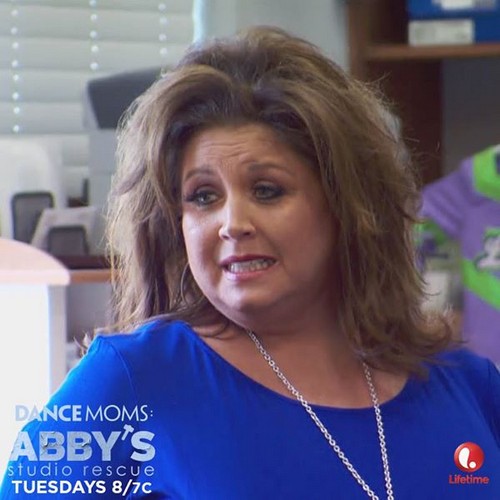 ughter Dearest.” Tonight, Abby heads to Indiana, and finds a dance studio whose owner is neglecting the other kids to focus on her own daughter.

On the last episode Abby headed to Dance Legacy in Indianapolis, IN where she found an overbearing studio owner at war with her irresponsible daughter over studio operations. Students were leaving due to the tension and unprofessional atmosphere and if Abby couldn’t help this dueling mother-daughter duo come to terms, Dance Legacy would surely have to close its doors. Did you watch the last episode? If you missed it, we have a full and detailed recap right here for you.

On tonight’s episode Abby heads to Indiana, and finds a dance studio whose owner is neglecting the other kids to focus on her own daughter, the star dancer… but is she actually hurting her daughter by keeping her at the studio, instead of allowing her to pursue her career?

Six years ago, a former dance mom decided to open her own studio called Eclipse. Now fast forward to the present and even though her dance studio is very successful and the dancers are known for being the top of their game – the business is on the brink of going under.

And it’s all Michelle’s fault. She’s the one handling the business end and apparently that was never her forte!

Michelle doesn’t have the proper instinct she needs to run a successful business. Instead what she has on her hands is a charity. Not only does she give away free classes if the student is too good to pass up (because winning is everything), but when she’s not following the money she’s then chasing after her youngest daughter.

Michelle plans on one day giving her business to all three of her daughters yet the youngest and probably the most promising daughter, Kennedy, has the majority of her focus. And that’ not Kennedy wants or what the other dance mothers that have been actuality paying want to see. Parents need to know that their kids will be given the same opportunity as everyone else and that includes the owner’s daughter.

As for Kenney; she doesn’t even want to stay at the studio. She wants break into ballet and so far she’s been hesitant to tell her mom that because Michelle is still very much a dance mom. And she wants he daughter out there winning competitions. So now wonder the business isn’t doing as well as it could be.

Michelle can’t teach or coordinate a routine. But the one thing she was put in charge of – the billing – has been failing on her end. Several of her clients are more than a month late on paying her. Yet she’s allowed the kids to stay in the class. Hence that needs to be fixed first.

And after Abby got Michelle to starting writing up lists of all the clients she needs to talk to – sometimes you simply have to hound people – she informed the rest of the studio about their upcoming showcase. In order to show that the focus won’t just be on Kennedy anymore – Abby hadn’t included the teenager in most of the dances they’ll be doing. The one dance Kennedy was allowed to do is the routine to formally announce her retirement from the dance circa. The dance is to be a goodbye number and, no surprises there, Kennedy wasn’t all that torn up about it.

She desires a life in ballet and that’s only possible if she moves to Arizona in order to train there. So not having all the dances riding on her skill alone will definitely help her mom transition into eventually letting her go. However, Michelle wasn’t the only roadblock standing in Kennedy’s way. Kennedy’s sister Jordan who is an instructor at Eclipse also didn’t want her sister to leave.

And Abby couldn’t understand at first so she did a little digging and she found the real motive behind why Jordan has been secretly holding her sister back. Jordan was also a promising dancer at one point and so the older sister doesn’t want to see the baby of the family triumph where she admittedly failed. If Jordan can’t leave then why should Kennedy!

The preparation for the showcase continues on but the family takes forever to resolve the Kennedy issue. If Kennedy stays then they won’t get as many new clients as they need. And if she goes then she could pursue a dream on the stage without them!

In the end, Michelle chose to let Kennedy go. It was time to give the other dancers their shot at becoming the new Kennedy. And, with Abby’s help, Michelle was finally able to become assertive. She called up her clients and didn’t get off the phone until she was paid in full!

So, lately, Eclipse has been doing really well!