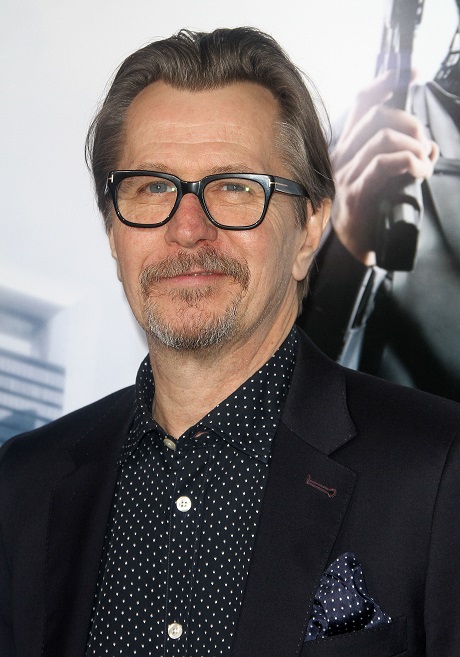 Et tu, Gary? Gary Oldman has permanently gone on many people’s shit lists after yesterday, when he defended Mel Gibson‘s and Alec Baldwin‘s racist and homophobic comments. What’s worse, he then proceeded to claim that ‘we’ve all said those things’. Um, no we haven’t, Gary.

Granted, it’s an interview with Playboy, and we can’t really understand the context of the interview until we see in its full form. But the Playboy interviewer clearly managed to get Gary riled up, and then released some choice quotes to a lot of controversy. Basically, typical interview strategy, but what’s unique this time is that there’s no way these quotes could possible come across better in context. For someone like Gary Oldman, who is a beloved actor both  by the public and the industry, this is definitely going to hurt his reputation. You don’t defend Mel Gibson for making anti-Semitic remarks, especially not in Hollywood.

Here’s what Gary says about Mel: “He got drunk and said a few things, but we’ve all said those things. We’re all f***ing hypocrites. That’s what I think about it. The policeman who arrested him has never used the word n***** or that f***ing Jew? I’m being brutally honest here. It’s the hypocrisy of it that drives me crazy.”

He then proceeds to rant about Alec’s homophobic remarks against the paparazzi, saying, “Alec calling someone an F-A-G in the streetwhile he’s pissed off coming out of his building because they won’t leave him alone. I don’t blame him. So they persecute.”

Jeez, does Gary really hang around people that say f** all the time, and make anti-Semitic and homophobic comments on the regular? Because that’s exactly what it sounds like. It sounds like he doesn’t mind saying these things, and he’s telling us that we shouldn’t mind because ‘everyone says it’. In a way, that makes it even worse because he’s not only defending Alec and Mel, he’s defending the USE of those words. He’s saying that ‘everyone’ says them, so Alec and Mel shouldn’t be persecuted for saying that.

Again, I don’t understand who this ‘everyone’ is, because most people nowadays would be crucified ANYWHERE for saying f** or making racist and homophobic comments. It’s called not being a douche, Gary.