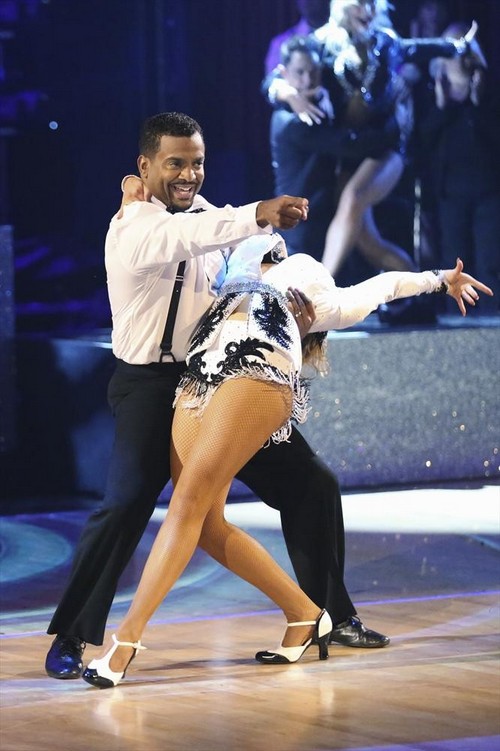 Tonight on the season 19 week 11 Grand Finale of Dancing with the Stars American actor, television director, dancer and game show host Alfonso Ribeiro & his partner Witney Carson danced a Cha Cha/Argentine Tango for the “24 hour Fusion Dance Challenge” and their last dance of the season.  If you missed any of tonight’s performances we have them all for you too!

Tonight’s show is going to be packed with exciting surprises and kicks off with a high-energy all cast performance featuring a reunion of all 13 of this season’s couples, the judges and hosts. Then, as decided on by a Twitter vote, one of the four finalists will perform their Freestyle dance as an encore.  Pop superstar Meghan Trainor will perform a medley of her catchy hit single “All About That Bass” and newest release “Lips Are Moving.”  Then, with less than 24 hours to prepare, the three remaining couples will Fuse two contrasting dance styles that they’ve performed this season into a new routine they’ll perform for judges’ points.

On last night’s episode  Alfonso performed a fantastic freestyle routine.   The judges scored Alfonso a 40/40.  If you want to know what the judges said about his performance tonight head over to our nifty recap, right here.