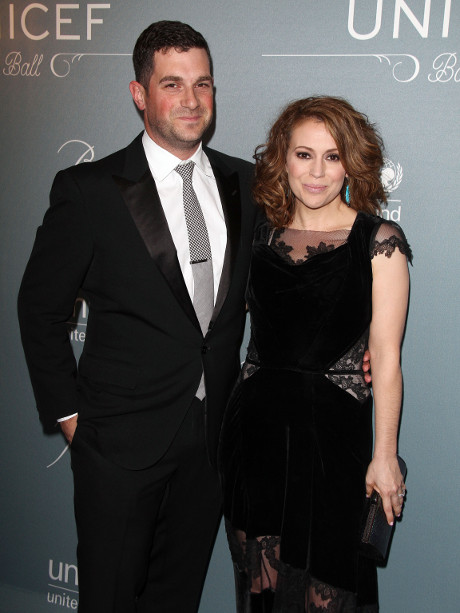 Alyssa Milano confirmed that she’s expecting. The actress announced on her official website that she’s pregnant with her second child.  “We are so happy to share with you that Milo is going to be a big brother!” she writes on Alyssa.com. She’s married to David Bugliari, with whom she welcomed their first child into this world in August 2011.

The note was posted alongside an adorable clip art image of a stork carrying a baby, as well as a note from the webmaster, which says, “STAY TUNED as we will be creating a babyshower site for you all to share your well wishes and virtual gifts for Alyssa and the Family, but for now please send any messages to Alyssa@Celebrityloop.com.”

What do you think about Alyssa having another child on the way? She hasn’t done much in the realms of acting as of late, so it’s quite clear that she’s shifting most of her focus to her family. Alyssa has also joined the fight against paparazzi who think it’s morally acceptable to sell photographs of young celebrity children to magazines. This initiative, as you might know, is helmed by Kristen Bell and Dax Shepard. Being that she’s such a family girl, we’re not surprised she’s aligned herself with this effort.

“Alyssa is so excited to be pregnant again!” a source tells Us. “She just recently started showing and has wanted to expand her family with David for a while.”