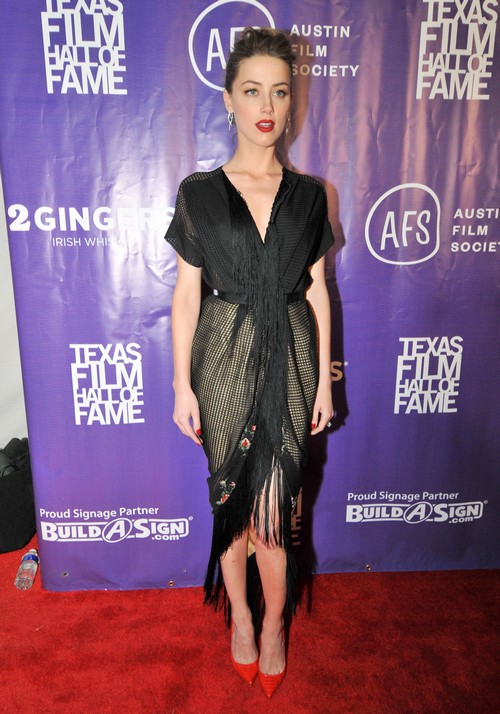 Not long after the engagement party for Johnny Depp, 50, and Amber Heard, The Enquirer reports that Johnny’s mother health is deteriorating, and Johnny wants to make Amber a bride AND mother before he loses his mother. Johnny’s mother, Betty, suffers from respiratory issues may not have much longer. She has shared with Johnny that she wants to see the couple marry and have a baby for her to hold in her arms before her time is up. She has apparently given Amber, 27, her stamp of approval and is happy they’ll be married soon.

While Johnny is fine with adding to the two children he shares with ex-love Vanessa Paradis, Lily-Rose, 14, and Jack, 11, Amber has been quite nervous about the pace of their relationship and Johnny’s desire to start having kids. Amber was reportedly photographed sitting in her car looking extremely upset the day before her engagement party. However, an insider confirmed to The Enquirer that Amber is excited about marrying Johnny and having a baby. Somehow I doubt Vanessa will be too happy about any baby news!

What would the affect of having a half-brother or half-sister be on Lily-Rose and Jack? Would they feel like second class children?