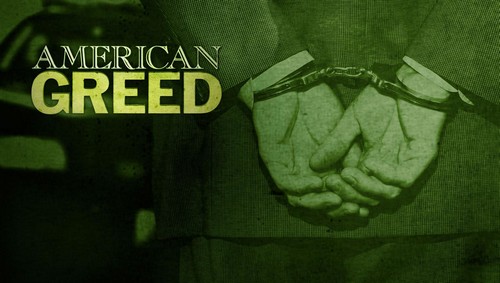 Tonight on CNBC AMERICAN GREED airs with another new episode. If last week is any indication we are putting this on our must watch list. On tonight’s episode called, “Extreme Home Ripoffs; Greedings From Florida” a pair of scheming brothers use a home remodeling businesses to rip-off Chicago homeowners of millions; a serial scam artist tricks Florida retirees into fake New York real estate investments.

For those of you who are new to the show, American Greed is a show that profiles various cases involving corporate fraud and white collar crimes. Some of the episodes profile two of these cases in an single episode.

On tonight’s episode two brothers used racial profiling to rip-off millions from homeowners in a remodeling scheme that left many customers homeless. Also a real estate investor stole $31 million from clients who believed he was flipping houses in New York City to make them big bucks.

American Greed airs at 10PM EST tonight and the episode is going to be really interesting tonight. We’ll be recapping all of the action right here for you. Will you be checking out the action? Hit up the comments and let us know your thoughts!

Tonight’s episode of American Greed follows the story of John and Dan Sullivan, brothers and business partners who scammed millions of dollars posing as a home repair company. They specifically preyed on elderly and African American homeowners.

John Sullivan and his brother Dan owned a home repair business in Chicago. They did door to door canvasing and cold calling offering their services around Chicago. The Sullivans would come and inspect a home, and give an outrageous estimate. When the home owners couldn’t afford the loan, they would have them sign a blank contract and they would take the contract to a mortgage company and borrow against the home-owner’s mortgages.

In 2003 a civil suit was opened against John Sullivan and New Look, so the brothers moved their business one town over and renamed it J&D Homes. The brothers hired employees from halfway houses to make soliciting calls and knock on doors, they paid their employees with drugs so they didn’t have to shovel out any cash.

One of the Sullivan brothers’ victims was an elderly Chicago woman named Clementine Thacker. Her house was completely paid off, however the brothers tricked her in to signing a mortgage refinancing loan instead of a home repair loan, so she now has a $63,000 mortgage over her head and to top it off J&D Homes never completed the work they promised her on her house. When they stopped showing up at her house to do the work, Clementine hires a lawyer and files a civil suit against J&D Homes.

In 2003, John and Dan moved on to a new scheme. An 80-year-old woman named Francis was trying to sell a house and put an ad in the paper, John contacted her. She didn’t sell the house because he said she was asking too much money, but John befriended her and visited her regularly.

She said that she was having problems with her sewer and he offered to help her, he had her sign a few documents. Later when Francis was in the hospital, her niece learned that John Sullivan actually owned Francis’s house and the papers he had her sign her the sewer actually was signing the deed to her house over to him.

The feds began investigating the Sullivan brothers and they move to Arizona to put some distance between them and the police. However, there is an accident in Arizona and John Sullivan calls 911 and says that a 14 year old was shot in his house; his son was waving around a gun and accidentally shot his friend. The police get a search warrant to investigate the shooting and discover John has $550,000 wrapped in tin foil hidden in his house. The Arizona police dig into John Sullivan’s financial records and finds he has a trust fund set up with 1.1 Million dollars.

Once an arrest warrant was issued for Sullivan he became unhinged and called 911 and asked the police to come find him and shoot him. The police track him down at a bar and he is taken in to custody and transferred to Chicago where his brother Dan is also arrested. In December 2011, Dan and John Sullivan were both found guilty of wire fraud and sentenced to 14 years in prison and ordered to pay $700,000 in restitution.

Next on American Greed is a schemer named Joe Greenblatt. He owned a real estate company and promised investors he would buy up real estate with the money he collected. At sentencing, Joe Greenblatt managed to avoid jail time, however, he has to pay $5 Million in restitution.

Now, Joe Greenblatt, a convicted con artist, has to find a way to pay off a $5 Million dollar debt. So, Greenblatt opens a new company called Maywood Capital. Joe put an ad in the paper asking for investors and promises a 14% interest return. An elderly man from Florida named Carter Blunden saw his ad in the paper and decided to invest in Greenblatt’s company. For the first year, the interest checks came in every month like clockwork, but soon the checks begin bouncing. Blunden contacted Greenblatt and wanted to pull his $100,000 out of the company.

Greenblatt’s disgruntled investors begin contacting the police and the New Jersey Bureau of Investigators opens a criminal investigation of Maywood Corp. They quickly realize that Greenblatt was using his investor’s money to pay off his restitution from his earlier scam. The judge throws Greenblatt in jail since he didn’t pay off all of the restitution and winds up serving nine years, and is indicted on dozens more charges.