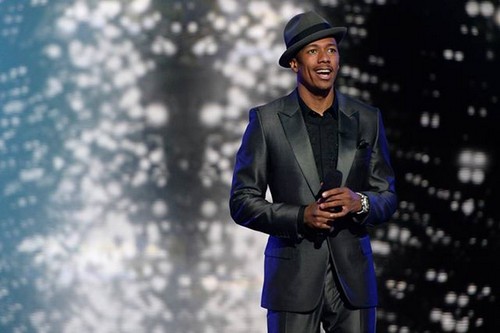 Tonight on NBC their hit reality talent show AMERICA’S GOT TALENT returns for the twenty first episode in its ninth season and the second part of the Semi-Finals.  Tonight the Top 12 acts are revealed in a results installment.

On the last episode, judging is turned over to the American viewing audience as the final acts performed live at Radio City Music Hall for the chance to be in the top 12 and ultimately win the $1 million prize and become the most talented act in America. The twelve acts who performed were Acro Army, Baila Conmigo, Blue Journey, Christian Stoinev, Emil & Dariel, Jaycob Curlee, Jonah Smith, Kelli Glover, Mat Franco, Quintavious Johnson, Smoothini and Wendy Liebman; Howard Stern’s Wild Card pick. On of the most memorable acts was Acro Army; Mel B couldn’t even describe how she felt, she was on the edge of her seat; it was just incredible. Howie said it was amazing, he couldn’t even believe what he witnessed; they should surely move on. Did you watch the last episode? If you missed it we have a full and detailed recap, right here for you.

On tonight’s show, the results are in and we’ll be seeing who will move on in the competition, along with it, the semi-finals will conclude with a not-to-be-missed performance from rock band Maroon 5 during this live results show.

RECAP:  Starting the show tonight is Maroon 5 performing on stage, the crowd is going crazy and cheering insanely loud for them; their newest album V is out now and will be starting a world tour next year.

We now get a complication of all the acts we saw perform last night and how difficult a choice America has tonight, we see many of the performances that did well and the others that needed to bring a lot more to it.

The acts in danger are Blue Journey, Christian Stoinev and Smoothini; these three acts step forward and are in danger of going home tonight. America has the chance to vote right now to save one.

The first act moving on to the top 12 is Acro Army with their insanely impressive acrobatic act last night, they are so excited and happy. Howard says that he thinks America got it right, he says that Acro Army was perfect last night and did things that he never saw before; they deserve that spot.

Nick mentions how Heidi and Mel B always look good every night, they don’t say they have on problem with each other; you see them two of them have a battle of outfits and how they are always competitive with each other and what they wear every night for the show.

The next act moving into the top 12 is Emil and Dariel with their modern approach to playing the cello; Howie says they are carrying their grandfathers legacy and should be proud of their work. They deserve to move on.

Howie says that he woke up Mel B early and made her come downstairs ; pretending she was a psychic of some sort, while Howie would ask the family secrets about her and then she’d use the information to completely shock the people.

The third act going into the top 12 is Mat Franco with his incredible magic trick that blew the minds of everyone; he is just so amazed that dedicating his whole life to magic and seeing all these people love it. Mel B says that she was close to punching him out last night; though his magic trick was captivating last night.

The next act going into the top 12 is Quintavious Jonson with his flawless performance last night, Heidi says that she is super proud of him and he truly deserves it; she wishes him good luck for the next round.

The next act moving in to the top 12 is Blue Journey with their insanely impressive dance piece last night.

We get a look at the acts of Christian Stoinev and Smoothini last night, to see which of the two the judges are going to decide to let through into the top 12.

Mel B says that it’s so difficult because both acts are so different and talented; she believes Christian kind of fell off last night with not enough tricks. Though Smoothini his show is very small at time, though up close it’s very impressive. She gives it to Christian.

Howard says Christian was lazy last night, his act just wasn’t so impressive. He believes Smoothini has to go much bigger, he can’t thinks small with his act; he believes that Christian deserves to go forward. Howie says Christian did well last night and Smoothini did come closer; though it’s small. He gives it to Christian; Christian Stoinev is moving on to the top 12.