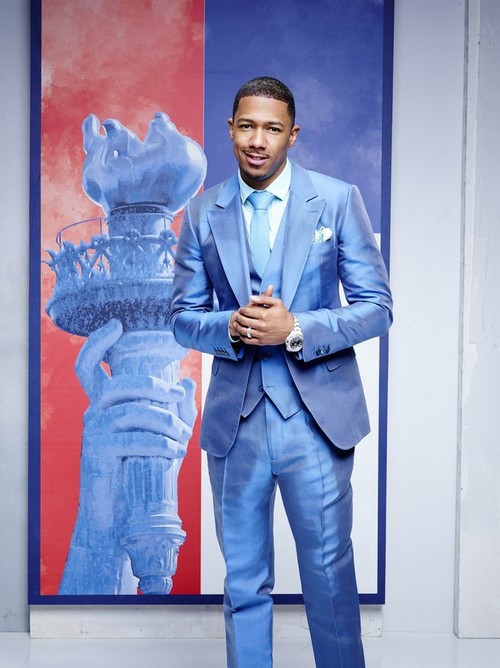 Tonight on NBC their hit reality talent show AMERICA’S GOT TALENT returns for the thirteenth episode in its ninth season and we will see five more acts advance in a results installment.

On the last episode, twelve more acts performed in the hopes of moving on to the semi-final round of competition. It was showtime for Jaycob Curlee, the teenager was one of the 12 competitors in this do-or-die round. Curlee is the aspiring singer who had a difficult childhood, when he and his sister bounced around the foster-care system. Did you watch the last episode? If you missed it we have a full and detailed recap, right here for you.

Howie comes out it turns out Nick and him have the exact same outfit, Howie decides to go back and change; he couldn’t believe they somehow picked the exact same outfit. Howard mentions how last night he didn’t feel like the judges were not judging properly, they were not doing a good job by letting some acts off easily.

We now get a complication showing us everything we saw last night, a final glimpse of all the acts and what they will be judged for being kicked off by America’s votes or to move on to the next round.

Nick is in the back and Lindsay Sterling tells them all that her journey ended on the show; though she’s gotten pretty far afterwords and lets them know not to worry about it. We now get a look at all the contestants in the back hanging out in the Reddi Whip after party.

The first act moving on to the semi-finals is Andrey Moraru with his amazing balancing act last night, Hart Dance Group and Darik Santos are sadly going home tonight; meeting the end of their journey. Heidi is happy that he has been voted to the next round and is not heart broken anymore, Howard asks Andrey why his shirts off and Heidi loves that he is showing off his abs.

Next up is Jacob Curlee and Juan Carlos, one of these acts will have their dreams crushed and will not be moving on to the next round; the next act going to the semi finals is Jacob Curlee. Howie says that he is super pleased and not surprised, Juan Carlos is an acquired taste but everyone loves Jacob; he’s super loveable and has talent.

Howie says he does nothing till show time and came earlier to help, he worked the ticket desk this morning and we get a good look at want he did. He asks a guy to take off his shirt to see if he looks better without it if he wants the ticket. Howie makes a group of people dance for their tickets. Howie spent the whole day messing with people.

Next up is Lindsay Sterling who was on season 5 of America’s Got Talent, after that she has gotten a lot fame and popularity on YouTube. She is very grateful to AGT for giving her the shot that made her go ahead and live her dream; she’s excited to be back.

Act Two, Mara Justine and John and Andrew are next; the act leaving the competition and going home is John and Andrew. They are both happy about the opportunity and really enjoyed being on the show. We now get a look at Act Two and Mara Justine’s performances last night, to see exactly what the judges will be deciding upon.

Heidi decides that she wants to have Mara stay, she loves her powerful voice. Mel B says both acts were great and she finds it really difficult; Mel goes with Mara. Howard says there was problems with both acts and decides he’s going to pick Mara; Act Two is going home.