BY Heather DiPietro on May 27, 2014 | Comments: one comment
Related : America's Got Talent, Reality TV, Television, Video 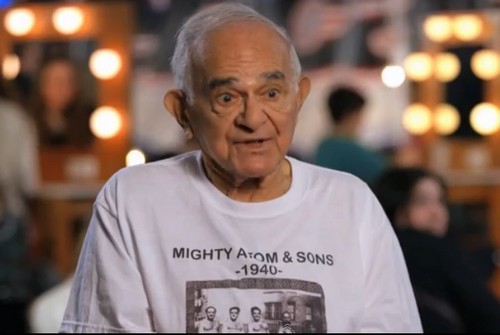 America’s Got Talent NBC’s hit summer series returned tonight for it’s season 9 premiere. AGT features the hottest acts across the country competing for chance to win the $1 million prize.  The auditions tonight  on the 2-hour season premiere were in New York City and Los Angeles.

One of the interesting competitors of the evening was, Mike Greenstein AKA Mighty Atom Jr.  Mike is 93 years old, and announced he was going to pull a vehicle with his teeth. His dad was the Mighty Atom, Joe Greenstein, a reknowned vaudeville era strongman. 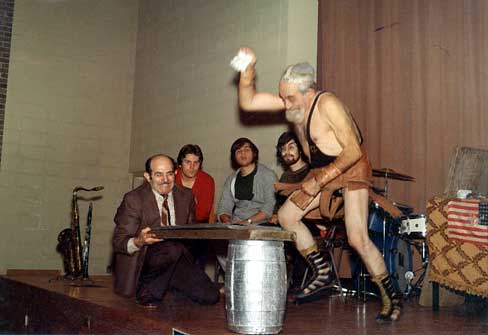 He lead the judges, Howard Stern, Heidi Klum, Mel B and Howie Mandel outside into the streets of New York City.  Mike took a rope that was tied to a car and bit the end of it.  The crowd began cheering and the car began slowly moving.  He proceeded to drag it across a checkered finish line.

Mike and the judges headed back inside so that they could let him know whether he was in.  Howie was amazed, he voted “yes.” Howard Stern said “no,”  he thought that Mike needed a little more showmanship.  Mel voted “yes,” and so did Heidi.  Mike is going to be headed to the next round of the competition.