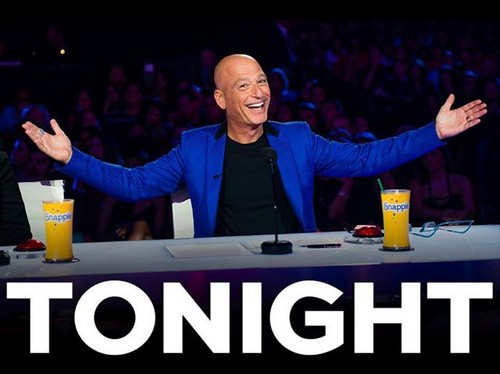 Tonight on NBC their hit reality talent show AMERICA’S GOT TALENT returns for the twenty second episode in its ninth season where the finale top 12 acts perform at Radio City Music Hall in New York City for a chance to make it to the finals.

On the last episode, judging was turned over to the American viewing audience as the final acts performed live at Radio City Music Hall. The top twelve acts were announced; Jaycob Curlee, Quintavious Johnson, Mara Justine, Emily West and Miguel Dakota; acrobatics team AcroArmy; dance duo Blue Journey; hand balancer Christian Stoinev; musical groups Emil & Dariel and Sons of Serendip; and magicians Mat Franco, Mike Super and David & Leeman. Did you watch the last episode? If you missed it we have a full and detailed recap, right here for you.

On tonight’s show, the top 12 acts of season 9 perform live at Radio City Music Hall in a 2-hour show for the chance make it to the finals and compete to win the $1 million prize and become the most talented act in America.

RECAP: Up first tonight is Mara Justine, she had her first day in middle school and got a huge welcoming; all the students were cheering for her and it was very shocking. She is so happy with how things are going now. Howard is amazed at how she is only 12 years old doing this; it’s truly impressive.

Next up is David and Leeman, they can’t believe how everyone knows there names outside; though they are really not that known. They love how their lives have changed a lot.

Howie says that he’s speechless and has no idea if they were lucky or magical; he can’t believe what they did. Howard says that consistantly have been great all season and hopes that America remembers their body work of bringing such quality acts every time. Heidi loves their bantering and thinks it’s hilarious with their magic. Mel B says she always wonders how they do, they are entertaining and are great.

Next up is the Sons of Serrendip and they feel like their lives are changing; they love the responses they have been getting from their music. A veteran wrote them about how their music gives him peace, Heidi says they are a great band and the lead singer has such an angelic voice; they feel like they belong with each other performing.

Howard says that he isn’t a fan of their name but they are such a great act, he prayed they’d get a full blast of vocals; he was so happy to see them bring out that chorus and it was very good. Heidi says that their performance was more majestic and grand; she has no idea how America will vote. Mel B says that they stepped up and delivered a stellar performance; nailing it time and time again. Howie says that he hopes America hears what they hear, they have such a beautiful performance and that they are without a doubt they are the most musically talented in the competition.

Next up is Christian Stoinev and he was very down with how much Howard didn’t like his last act, he really loves performing and was so shocked he moved on to the finals; he was sure he was going home and knows he can’t let Howard down. He is going to do a lot more tonight and wants to prove that he can be the acts main focus, not his dog Scooby.

Heidi says he’s such an amazing balancer and feels like he has to do a little mix of both him with the dog; balance both of them together perfectly. Mel B says that this has been one of his best peformance and had a huge element danger. Howie says that he was amazing and did feel he stepped up, he is amazed at how talented he is. Howard is very pleased that Christian is not defensive but a good listener, he is proud that he took his advice and worked on it very well.

Emil and Dariel are amazed at how well they are doing, they never thought they’d reach the finals; their mother loves how the play the cello like their grandfather. It really brings tears to her eyes how much they enjoy it and all that they accomplished so far.The boys want to prove that they deserve to be there tonight.

Mel B says that she absolutely loved it; it was massive and they really owned the whole stage. Howie says that he loves that song and felt they did it justice; they keep making it bigger and better. Howard says they are amazing and once again gives a bit of advice, he loved the singing and believes the boys need to have a real lead singer there; though he loved the choir. Heidi always expects them to do something different, she feels like they played a bit safe; she missed how much the rocked it before.

Next up is Acro Army, they do incredibly dangerous stunts; they made sure their newest act is far more dangerous and want to show America they are not afraid to take on these difficult stunts.

Howie says he’s beyond amazed and know they deserve to move on, they are incredible. Howard says this is by far one of the best acts; it was just so insanely terrific tonight and wishes everyone could see them front row. Heidi says that they continue to prove why they are still here and why they deserve to win; they are amazing. Mel B says they have absolutely everything needed to win the whole thing.

Next up is Quintavious Johnson and he was so nervous coming to New York, but he now knows everyone; he knows the security guards and the camera men. He sometimes he feels like a celebrity, though his mother and grandmother keep him grounded; he loves Nick’s style a lot.

Howard says that he has such a special talent, he just lights the room up perfectly. Heidi says that he is so much fun to watch, she thinks of Stevie Wonder and Michael Jackson; she feels like he will have a big impact on music. Mel B says that she thinks that he can easily win the whole show without a doubt. Howie agrees with Mel B, he knows that he’s moving on up to the finals.

Next up is Mike Super, he feels huge pressure to deliver and knows every magic act as his biggest rivals; he feels like he needs to stand out completely. He prepared a prediction many weeks ago and gave it to Howard; he’s putting his career on the line with this act.

Heidi says it was truly super, she loves his amazing acts. Mel B says that it’s just creepy and loves how entertaining he is; she believes it’s legit magic. Howie says that his Snapple save was perfect, he’s done two amazing tricks. Howard says that he got beat up pretty good, he loves how he came out and once again killed it.

Next up is Blue Journey and their insanely creative dance act, they decided to really improve their work to make sure they stay in the competition; Howie loves the stories they tell in their performances.

Mel B loves how unique they are, but tonight was a little boring for her and found it repetitive. Howie says that he feels that he wanted more from it, it just wasn’t all that great. Howard says they did an excellent performance, they dazzle them week after week.Heidi feels like they did great and people will vote for them.

Next up is Emily West, she feels her heart got a make over entering the competition; she is more sure of her passion for singing now that people have been believing her much more. She lives for music and singing; she doesn’t want to have a family at all like normal girls. She wants to be a singer, anything else in life can come after it.

Heidi says that she loves her and feels like she forgets this is a competition show watching her. Mel B says yet again she nailed it, she is so dream like in a haunting and sophisticated way. Howie says it was haunted and loves her singing. Howard says he loved the song choice and that she is the most original singer to have ever performed on AGT.

Next up is Mat Franco, he is the youngest of three boys; they would get him to do magic for girls they brought home to impress them. The brothers always did sports while Matt kept doing magic; they are proud that he is succeeding with all his hard work and love for magic.

Mel B says that she has no idea how he does it, it’s like he does th impossible and calls him a genius. Heidi says that it’s crazy, out of all the magicians he is her favorite. Howie says he’s just an amazing magician and deserves to win. Howard says he can’t believe how he does his tricks, they are perfect.

Next up is Miguel Dakota, his hear is in music and feels this hunger to be a musician; having a taste for performing in Radio City Hall has really assured his love and passion for it all.

Heidi says that she feels like his voice got lost in this big song, it just wasn’t strong enough; she wasn’t crazy about it. Mel B says that he is hands down a fully fledge rock star and he’s ready to go; he can do it all. Howard says that he’s rooting for Miguel but think the song is too iconic for him, he doesn’t believe it was a good choice for him; there was no emotional connection towards it. Howie says that Miguel is possibly the biggest star they have had, he has the whole package.