America’s Next Top Model Recap: Cycle 21 Episode 2 “The Guy Who Gets a Second Chance” 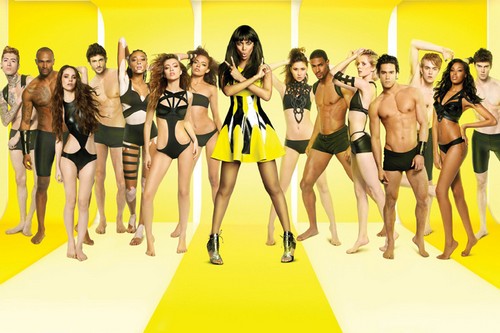 Tonight on the CW Tyra Bank’s reality show AMERICA’S NEXT TOP MODEL returns with the second episode of it’s 21st cycle called, “The Guy Who Gets a Second Chance.” On tonight’s show semi-finalists model various seasons in a limited amount of time during a rigorous subway challenge.

On the last episode, the girls and guys were back– Cycle 21 kicked off with girls AND guys back in the competition hoping to take home the title of America’s Next Top Model. 31 potential contestants rocked the runway to see who could take the best selfie. The semi-finalists squared off in a bowling alley to reveal who made the first cut. Host Tyra Banks, welcomed back Miss J to the judging panel, along with fashion public relations maven Kelly Cutrone. Did you watch the last episode? We recapped it all right here for you.

On tonight’s show the semi-finalists take part in a rigorous Los Angeles subway challenge to model outfits covering various seasons. Later, things get steamy during a nighttime photo shoot at a beach where the 14 finalists are chosen by Tyra and the judges.

This week Franco Lacosta is the photographer in charge of the challenge. And for someone like Will who watched last season – he’s worried Lacosta will be just as grueling on him as he was with former contestants. Sadly for him, he was right about Franco. The legendary photographer demanded a lot in the subway challenge.

The contestants had to model outfits covering various seasons but the hardest part was the amount of time they were given. They had to change clothes fast enough, for all four costume changes, in order to catch the train before they ended up getting left behind. Then once they got on the train – the outfits they put together themselves had to be up to snuff.

So eventually people began to worry about their outfits and ran out of time or they tried to rush and were told by Franco they were lacking. Then at the end of the challenge there were only two left standing – Matthew and Daniel. But it was Matthew that won.

All throughout the competition Matthew has been told he was boring so he took winning the challenge as an opportunity to redeem himself. And that’s why he was in such a happy mood. Nearly everyone else was just enjoying themselves at the hotel so the room had a good atmosphere going. And it probably could have continued like that if Romeo hadn’t opened his mouth and ruined the night for everyone.

He doesn’t like Daniel and so he said some things that had everyone on alert. It made them wondered why he had to say something hence a lot of people assumed he was merely hating on the competition. And because that was first feud to be on their cycle – people actually took sides. Like in grade school.

When that’s not what any of them came on the show for. They all wants to make it so that’s where their focus should be – on the competition and not on their competitors.

Their next photo-shoot was once again with a well-known hard ass in the business. Yu Tsai came back and he was exceptionally brutal with the contestants. When they weren’t cutting it – he would tear apart their looks, their background, anything he could get his hands on.

Though he did manage to find some favorites. He liked Ivy, Shei, Will and small handful of others. And he was disappointed with almost everyone else. Adam walked into the shoot believing he had the whole thing in the bag and afterwards he was surprisingly humbled. Coming from a man that said he was more beautiful that over 90 percent of the population – humbleness was needed, but defeat on the other hand was kind of sad to watch.

Later when the judges were going over the models’ photos and deliberating, they had few things to say about some of them. Yu Tsai pointed out that Matthew apparently needed proper etiquette. The other man had come to the shoot and when the photographer accidentally called him Matt – Matthew corrected him which is a big no-no.

Adam had this weird grunting thing going for him during the shoot, Danny was boring, and Keith was feared to have only one look. The photographer found a lot of faults but as we all know the final decision doesn’t just rest with him. Tyra does have her favorites after all. And they tend to make it into the finals.

Chantelle, Will, Keith, Mirjanna, Matthew, Kari, Lenox, Ben, Romeo, Raella, Ivy, Shei, Adam, and lastly Denzel all made into the finals. This left out certain notables like Danny whose been trying to enter the competition for the last two years. And I’m sure it must have hurt that Romeo made it while he did not.

Still, the final 14 have been chosen and next week comes the real competition. Tyra ended the show with informing the models that they’ll soon be walking the runway. So let’s see if anyone can still hold their head high after making a mistake while cat-walking in the nude!