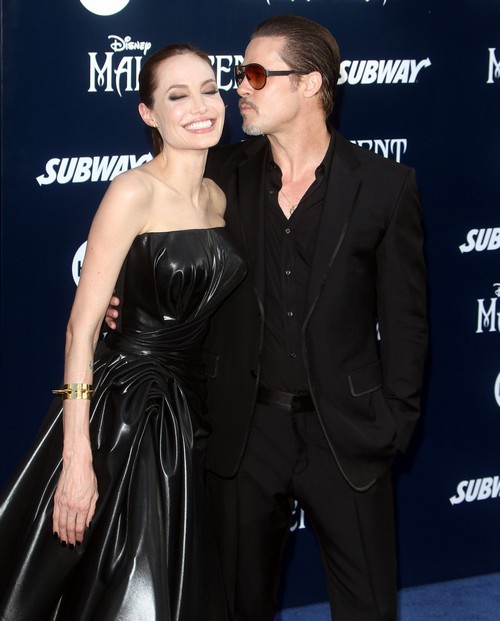 Wow, they really did it. I’m talking about Angelina Jolie and Brad Pitt– the fact that these two just confirmed that they are indeed officially married! The hush hush civil ceremony took place last Saturday at Chateau Miraval in Correns, France. They obtained a California marriage license but fit all of the requirements necessary to tie the knot in France. The judge who issued the license traveled to France to actually marry the couple in front of family and a few close friends.

Since Angie has often said that getting married to Brad would mostly be for their six kids- to solidify their sense of family- it comes as no surprise that they were all included in the ceremony. Maddox and Pax walked their mother down the aisle while Zahara and Vivienne served as flower girls. Shiloh and Knox served as ring bearers on Brad and Angie’s special day.

There had been some speculation that this would be the year that Brad and Angie would actually make it official but then two they seemed to be one of those couples that could easily remain engaged forever. This just goes to show that no matter how high profile a celebrity is, if they really want to keep something under wraps it really is possible! If Brad Pitt and Angelina Jolie can get married at Chateau Miraval without any members of the media catching on in advance then anyone can do it, right?

Are you guys surprised to learn about their wedding? Did you think that Brad and Angie were more likely to split before they ever made it down the aisle? After 9 years and 6 kids together are they officially the real deal? Tell us your thoughts in the comments below!