Anna Wintour Threatened By Dolce And Gabbana: We’ll Pull Advertising If You Don’t Get Rid Of Our Vanity Fair Expose! 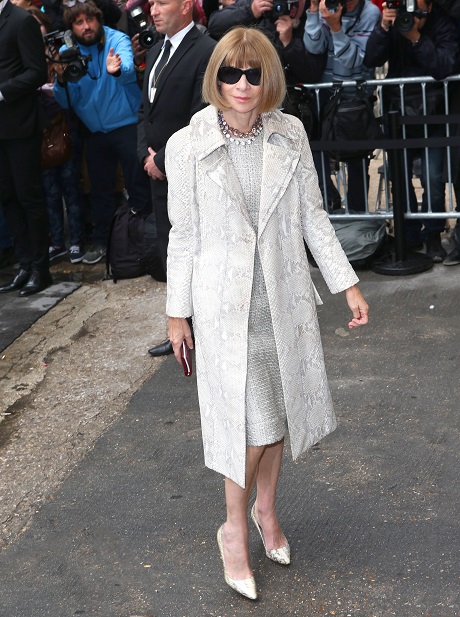 Domenico Dolce and Stefano Gabbana, the designers of Dolce and Gabbana, don’t want anybody writing about them. Specifically, they don’t want exposes written about their little tax problem, where they were convicted of tax fraud and fined $470 million and sentenced to 18 months in jail.

The duo is appealing the court’s decision [which was made last year], but Vanity Fair‘s rumored expose on their financial problems is making them extremely unhappy. VF was reportedly working on a story about their ‘court battle’, but Dolce and Gabbana do not want their brand name being bandied about on such negative terms. When they found out about the article, they reportedly called Vogue Editor In Chief [also the Conde Nast artistic director] Anna Wintour to get the article stopped before it hit the presses.

Actually, let me rephrase: The duo threatened Anna Wintour, saying that they would pull all their advertisements from any and all Conde Nast magazines and brands. And if you know about Dolce and Gabbana’s brand proliferation, you’ll know that they are EVERYWHERE. Seriously, Page Six reports that Conde Nast could lose up to $20 million in lost campaigns if Dolce and Gabbana go through with their threat.

And yet, we all know that Anna Wintour does not give in that easily, right? Yes, she may have let that blight of human existence, Kimye, on the cover of Vogue Magazine. But she’s made Victoria Beckham and countless other actresses wait so many years for their chance at Vogue glory, so we KNOW that she doesn’t acquiesce to these kinds of requests easily.

Page Six also claims that Anna refused to give in to Dolce and Gabbana’s request, even though she had flown to one of their shows just last month. Apparently, she did that to try to save all that advertising, with a source explaining, “[She did it] as a way of appeasing them without mortgaging the journalistic integrity of Condé Nast over killing the piece. She went to save the advertising.”

This is like that Gwyneth Paltrow situation all over again, with both sides playing chicken until the very last moment. But, for now, D&G continue to advertise with most of Conde Nast’s magazines, barring Vanity Fair.