Ariana Grande Not Dating Adrian Grenier or Nathan Sykes – Doesn’t Even Know Who Grenier Is? 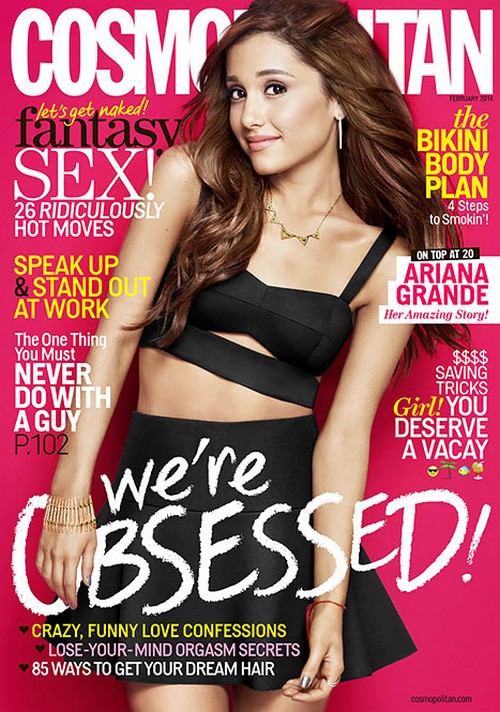 Cool your heels Ariana Grande fans. The young songstress did not drop Nathan Sykes in order to cozy up to another celeb. Not to say that she and Nathan are still together. In fact she’s quiet happy to chill out in her pajamas and watch a movie alone if need be. The 20-year old considers herself boring because she’s not a fan of partying like most of her friends are. Even when the Jan. 13th print edition of Star Magazine tried to print a bit of scandalous behavior Ariana shot it down fast.

Supposedly she was spotted getting really cozy with Adrian Grenier recently but according to her, what makes this story really hilarious is that fact that she claims to have no idea who Adrian even is! Do you believe that? She took to her Twitter on Saturday to clear things up which is interesting because the social networking site has caused a lot of upset for her in the past. Ariana says that some of the responses that she gets on twitter are plain evil but that she no longer blocks the haters because in doing so she is putting negativity out there. So she lets the rumors swirl and die down on their own.

One rumor that has yet to be addressed is Ariana’s split from Nathan. The two were hot and heavy for awhile but we’re hearing that things very recently turned chilly. Ariana might be best of spending her time focusing on her music anyway, don’t you think? She already seems to want to avoid the standard pitfalls of Hollywood and dodging the losers can only help, don’t you think? Tell us your thoughts on Ariana in the comments below!