BY Siyana Riley on October 7, 2013 | Comments: one comment
Related : Cheating 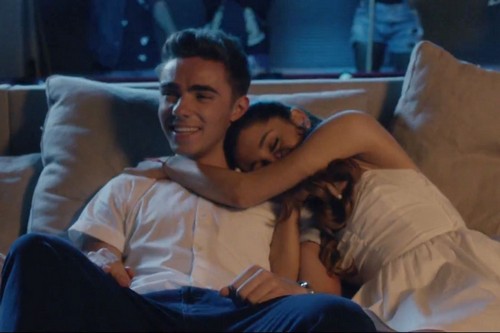 Not many people know that Ariana Grande used to date Jai Brooks because all the attention is focused on her and her current beau, The Wanted’s Nathan Sykes.

However, Brooks has now accused Ariana of cheating on him with Nathan. Ariana and Nathan started publicly dating last month, but they obviously met before that. Brooks claims, “Yes I was cheated on. Yes it does suck. Yes I was left for another man. And this happens everyday to so many people of every age, gender, race. I happen to be one of those people and I’m in a situation where I am constantly reminded of it every day. Like anyone who has been cheated on, it has been tough for me but I’m finally ready to move on.”

Brooks also says that even though Ariana cheated on him and the whole world knew about it, he was still willing to take her back because she made him ‘happy’. He wasn’t willing to give up on the happiness, but it was obvious that it wasn’t meant to be. Brooks, instead of blaming Ariana in this whole situation, has decided to direct his anger towards Nathan, saying, “Nathan may be a top bloke or a sweet person, but what he did was just completely wrong. Nathan if you read this, when you hold her hand you better hold it tight because you are holding my world.”

Obviously, it’s difficult to get cheated on and our sympathies lie with Brooks. However, why is he discussing this publicly? It seems like he’s trying to publicly humiliate both Ariana and Nathan by telling everyone how they got together, but if he truly loved Ariana, he wouldn’t have said anything at all. Right now, he’s trying to ‘win’ by ruining her reputation along with Nathan’s reputation, and the sad thing is, it will probably work. I mean, doesn’t Ariana come off as a fame climber in this story?