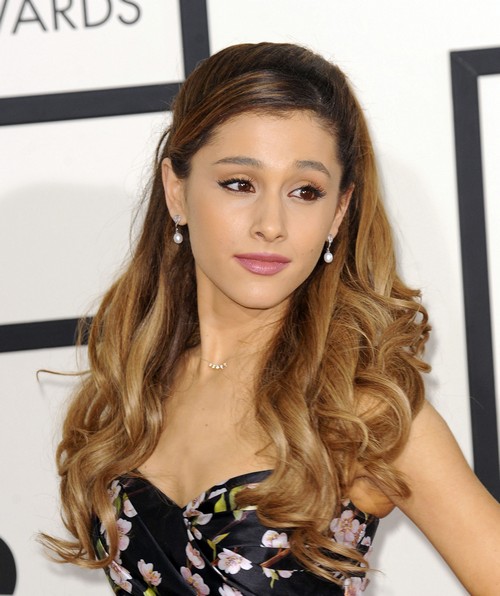 Chris Brown is making career moves even from rehab. Yesterday he tweeted what many fans thought to be song lyrics. Music’s newest sweetheart, Ariana Grande, retweeted Chris’ lyrics and then wrote a follow-up line herself. When a fan asked the Nickelodeon star if these were lyrics to her current favorite song, “a song u haven’t heard that is coming out in March,” she responded.

Ariana’s manager, Scooter Braun, who also happens to be Justin Bieber’s puppet, I mean, manager, seemed to confirm the suspicion of a Chris/Ariana duet. He tweeted, “@ArianaGrande that was an amazing session. Excited for this incredible duet on the way :)“

Ariana Grande has been deemed “the new Mariah Carey” by critics due to her powerful, soulful voice and wide vocal range. She began on Broadway and gained famed from starring on Nickelodeon shows, “Victorious” and “Sam & Cat.” Her mainstream breakthrough came last year with the “The Way” and “Almost Is Never Enough.” She even won the American Music Award for Artists of the Year.

We all know the troubles Chris Brown has faced over the years. He has yet to regain the popularity had before viciously beating up Rihanna in 2009. He is currently in a court-ordered rehab program for anger management. Last week, a new lawsuit was filed against Chris for allegedly beating up a guy over a basketball game.

Despite the legal and anger troubles Chris has, you can’t deny he is vocally gifted. A duet with Ariana and Chris would most likely be amazing. However, I think Chris is using the innocent Nickelodeon star to help improve his image. Ariana has such a bubbly personality with her half up/half down ponytail and 1950s style dresses. This just seems just like a cheap ploy for Chris to appear somewhat decent to the public. Not to mention, Scooter Braun is letting it happen.

What are your thoughts? Do you think Chris Brown is using Ariana or are you excited to hear the new duet? Let us know and leave a comment.