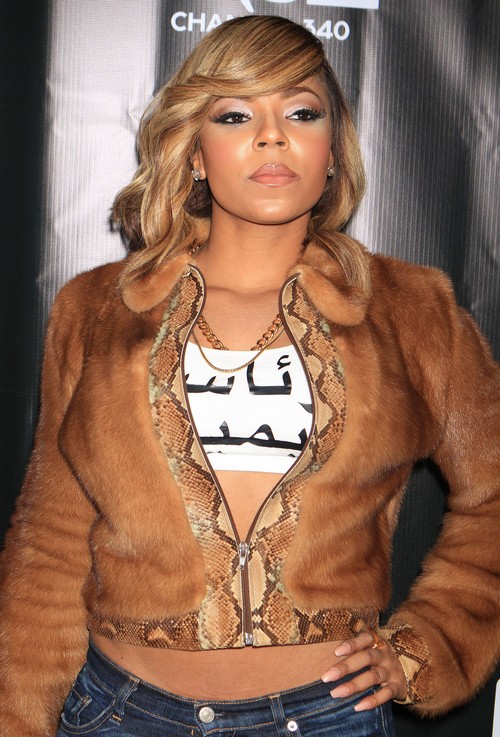 Ashanti has emerged from the confines of Nelly’s complete and total influence to promote her new album Braveheart. When asked about any rumors of a rivalry with Beyoncé she insisted that their rivalry was always friendly even though she admittedly wanted to be the best. “Everyone wants to be the best right? Who doesn’t? It’s a competitive business, but I was rooting for her. I just think we did two different types of music. It was a friendly competition, from my end.”

Hmm, I noticed how she made point to say the rivalry was friendly from her end and that she was rooting for Beyoncé. I was in my youthful glory back then; a bright eyed and bushy tailed teenager and I remember Ashanti addressing the rumors then. If memory serves, she basically said that both of them could be stars simultaneously while Beyoncé remained quiet. We all know Yonce is most dangerous when she’s quiet. Ashanti went on to fade into the background while Beyoncé hasn’t skipped a beat and has pretty much taken over the R&B scene, modeling scene, endorsement scene, shamelessly-buying-her-way into-the-white-house scene… you get the picture.

I can totally believe Ashanti when she says that she engaged in friendly competition Beyoncé on the other hand, strikes me as a very shrewd robotic. She many not have hated Ashanti but she took advantage of Ashanti’s record label issues and that fact that Ashanti’s momager may not have been as effective as Matthew Knowles.

Murder Inc practically collapsed and Ashanti’s career was affected. So, Ashanti didn’t have the label support when she needed it, nor the talent or stage presence of Beyoncé. The poor girl didn’t stand a chance. I hope her album does well for the simple fact we need some diversity in the business. Beyoncé is the only action out there and it’s all very monopoly-esque. It will be interesting to see how this plays. What do you guys think? Can Ashanti pull off an R&B coup? Or will Beyoncé and her royal leotard pummel what’s left of Ashanti’s career? Sound off in the comments section.