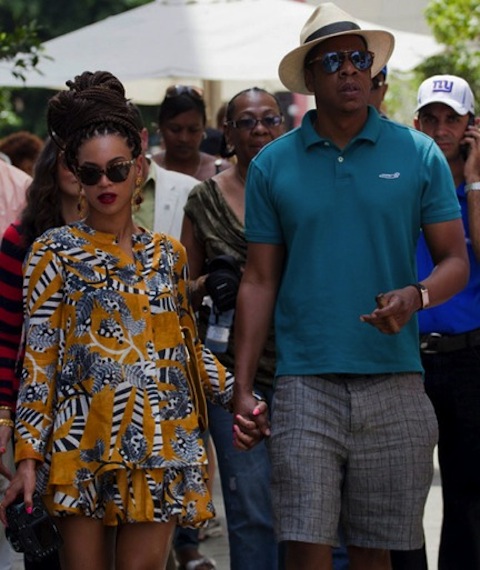 Beyoncé and Jay-Z decided to vacation in the brutal dictatorship that is Cuba and some uneducated people think that this is a great thing – however it is only fans of cruel repressive regimes who should be thanking the Carters.

But Jay-Z and Beyoncé might fall into the uneducated category and some Cuban protesters are taking note.

The power couple took a trip to Cuba to celebrate their 5th wedding anniversary.  Packing for a vacation can be hectic with so many things to remember…vacation clothes, sunscreen, passport, emergency phone numbers, phone chargers.

So many in all the hurry to arrive at their destination, Jay-Z and Beyoncé might not have remembered to read up on the current political situation happening in Cuba.

Mauricio Claver-Carone, the D.C. director for the US-Cuba Democracy PAC — a group committed to fighting for democracy in Cuba, is on the side saying that the trip was ill-thought out. Claver-Carone spoke more with TMZ:

“There are women getting beaten on a daily basis, women who are being jailed for no reason … people are fighting for their freedom. It’s extremely insensitive.”

It’s like when you show up for class without having done the reading. Don’t let people see you sweat and play it cool.

Which is exactly what Jay and Beyoncé did. Maybe everyone wasn’t cool with their anniversary trip, but from the looks of the photo op, they’re not letting that phase them. Whether or not the couple is feeling the heat in Cuba, they’ll have some fabulous pictures to make the fans back home go crazy for. 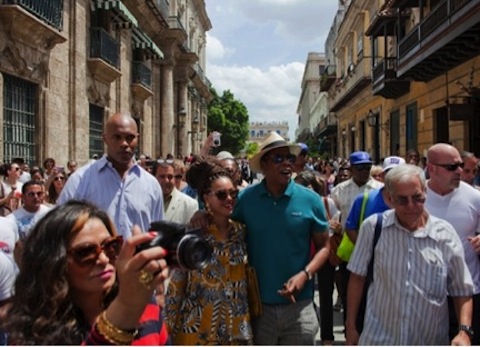 Then again, these people don’t seem too upset to see Jay-Z and Beyoncé in town. 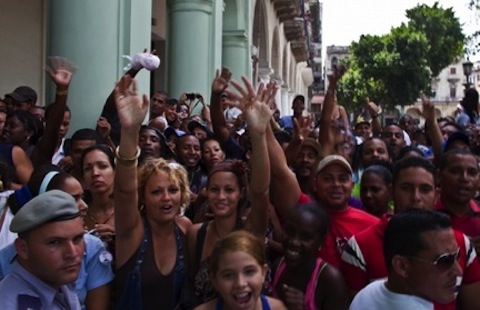 Whether you think the trip was an oops or not, its got people turning their eyes towards Cuba an all its problem. Maybe the tortures happening in Cuba are actually some of Jay’s 99 problems.