BY Yellow J on May 3, 2014 | Comments: one comment
Related : Avril Lavigne, Celebrity Breakup 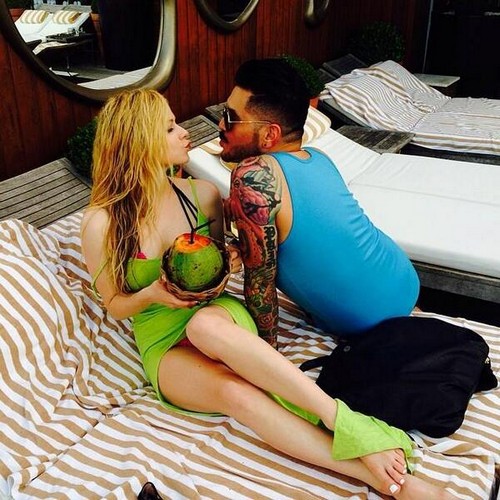 Is the very weird relationship shared between Avril Lavigne and Chad Kroeger about to go up in flames? Nobody knows for sure; however, according to a recent report in Star magazine, the couple is fighting more than ever and might be over for good sooner rather than later. The thing about this relationship is that it’s held together by a strict set of rules, which includes no partying or clubbing when the two are apart. Do you think they are actually in love? Do you think they actually like each other?

Star reports, “Avril Lavigne is having major issues with her husband of less than one year, Nickelback frontman Chad Kroeger. The couple, who famously have a strict set of marital rules that include no drinking or clubbing when they’re apart, have been fighting more than ever.

“When they first got together, Avril wore the pants,” reveals a close friend. “But Chad has reverted back to his old ways and doesn’t check in with her like he used to.”

While there hasn’t been news of an official split yet, Avril was photographed shopping in Malibu recently — and guess what? She wasn’t wearing her wedding ring! Typically, people don’t just forget those things at home. So we have to wonder . . . how much longer do these two singers have together before they decide to call it quits for good? Leave your thoughts in the comments section below.