The Bachelor Juan Pablo Hits Back At Andi Dorfman’s Accusations 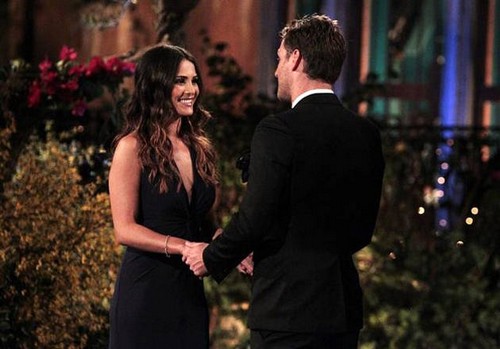 Andi Dorfman dumped Juan Pablo on the The Bachelor and left the show in a very controversial exit, but her explanation of what happened varies drastically from Juan Pablo’s version of events. Andi had quit the competition on Tuesday after revealing that her overnight stay with Juan Pablo ended up being a disaster. Andi accused Juan of being very self-centered and selfish, and she claims that he was very rude and inappropriate, discussing the other girls with her and telling her that she barely made it into the fantasy suite. Obviously, what girl wants to be told that?

Anyway, based on Andi’s version of events, she was right to leave. However, Juan has hit back at these accusations, claiming that Andi misunderstood his intentions. He explained, “I liked my night with Andi even though she has a different opinion. We were talking back and forth, laughing for hours.  If she didn’t feel that way, she could have left at any time, but she didn’t.  Listening to her talk about some of the things that she thought I said was very disappointing.”

He also makes a good point in adding that she really could have left at any point in the night, and she didn’t. Plus, he claims that he only discussed the other girls to explain to Andi that he had chosen her over them, exemplifying why he liked her.

After following Juan on the show and seeing the other contestants’ complaints about him, I think people are more inclined to side with Andi – especially since she’s now the frontrunner to become the next Bachelorette! I will say that despite Juan’s behavior on the night that they spent together, Andi’s actions also seem premeditated, and this whole thing comes off as a farce designed to generate the most publicity for the show.