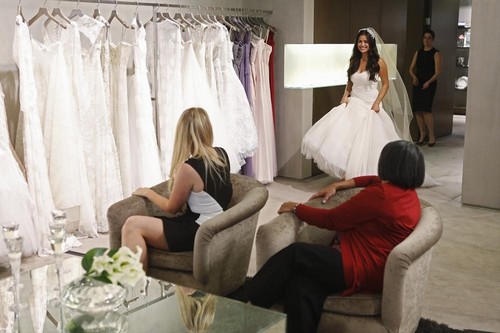 Hopeless romantics were wooed by the couple waiting sixteen months until their wedding night to finally sleep together. But, the majority of Bachelor fans doubted the couple really waited until their wedding night. It’s hard to believe that two adults could date for over a year, and not do the deed. And, the whole thing seemed like a publicity gimmick for The Bachelor franchise.

Sean and Catherine went on Jimmy Kimmel Live to set the record straight, and prove that they really did refrain from having sex until their highly publicized wedding night. Jimmy Kimmel brought on a professional polygraph tester to grill The Bachelor couple about their sex lives, or lack of. According to the polygraph tests the couple took, they weren’t lying! They were both asked whether they have had sex, and they both responded that they didn’t. And, according to the polygraph tests, they weren’t lying!

Sean Lowe and Catherine Giudici really did refrain from having sex for sixteen months!