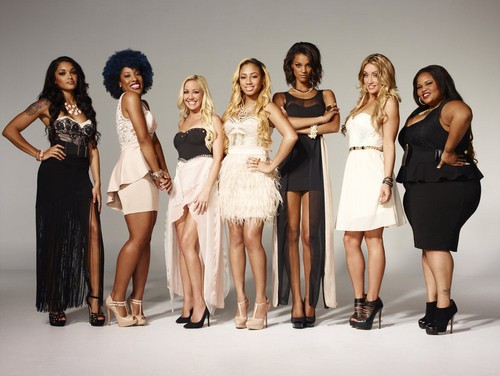 On last week’s episode  in “Model Behaviour” already on thin ice, Alex’s inability to open up made her the new outcast of the house; Loren finally snapped after Jada’s flip-flopping ways drove her over the edge.  Did you watch last week’s episode?  If you  missed it we have a full and detailed recap, right here for you.

On tonight’s episode, new Girl Aysia manages to immediately make enemies upon arrival, but a romantic spark with one of the girls could be her saving grace. Meanwhile, Jada and Redd’s failed love connection pushes Jada to a dark place.

Tonight’s new episode of Bad Girl Club looks like it is going to be filled with the usual drama that you don’t want to miss.  So don’t forget to bookmark this space and come back for our amazing detailed recap of BGC Season12 episode 3!

Tonight’s episode begins with Texan Aysia arriving at the house as she describes why she is a bad girl. While she has a boyfriend, she admits that she is attracted to men and women, and she is a big flirt. She has anger issues that stem from issues with her father, who was heavy into drugs. Right when she walks in Jonica aka Blu makes her feelings known. Blu calls Diamond, a girl she is seeing from back home, to talk to her. Diamond tells her how much she misses her and it becomes obvious Diamond is far more into Blu than the other way around.

Later the girls go clubbing and Loren predicts Jada will be next to go home. She must have put some kind of curse on her because at the club Jada and Aysia are talking with some guys that Jada wants to bring home and the girls start arguing. Jada thinks Aysia is just trying to get attention from the guys. It turns ugly and Aysia starts putting hands on Jada and Jada responds by doing the same. In the limo, Jada tells Loren that Aysia was spilling what Loren had told her privately. So now Loren is upset with Aysia too. They get back to the house and call a house meeting. Aysia is dragging her feet and takng her time which infuriates Loren. When she finally pushes her way through the girls she comes right into Jada’s face and the girls have a fight. Later, outside Redd tries to be peacemaker. Aysia apologizes to Jada and Jada is open to getting to know her and forgiving her.

Redd joins Jada in bed. Jada may think it is all innocent, but Redd has some plans. Just to clarify, Jada confirms to the camera that she doesn’t plan to go there with her roommate. That night, the girls go clubbing and are getting the party started, having their fun. Aysia wants to bring the fun home and is flirting with Blu on the limo ride home. They cuddle in bed later but that is as far as it went..for now.

The next day the girls have a life coach who pays a visit. Laura, the life coach, specializes in women empowerment. Laura tells the girls what she expects from them and then meets with the girls one at a time. Blu is first and Laura sees that she needs a way to allow some vulnerability in her life. Redd tells Laura that her goal is to work on her relationship with her father. They will also work on trust issues. Britt shares that she puts up walls. Laura tells her they can work on breaking down walls. Britt is just going along with it, but doesn’t seem to have much faith in the situation. Laura meets with Aysia next and finds out that Aysia grew up in a home where domestic violence was prevalent. Laura will help her work on how she is in relationships. Loren pushes people away and puts up a wall, so Laura will help her break down walls. Alex is open to the help but has a difficult time expressing her past issues with her parents. Jada has anger issues and doesn’t trust men. It comes out that her mom had addiction issues and that her dad got “creepy” when she hit puberty, forcing her to have distrust in men. They will first work on her anger issues.

Later, Blu and Aysia hang out together. Alex gets a call from her boyfriend. He is coming with a friend and they are coming over to party and BJ, her man, is planning to spend the night. The girls do some moving around so that Alex canhave privacy with her man when it comes to bed time. When Redd gets upset that Jada planned to cuddle with BJ’s friend instead of her, things start getting heated because the girls call her out for acting like she hasn’t been inviting Redd into her bed all the time. She tries to explain that “it’s not like that,” but still gets frustrated with them and storms off, bumping into Britt along the way, which, of course, ignites another war. The girls push each other and it stops there. Britt thinks Jada should just admit to being bisexual. After everything settles down, Redd starts instigating by going to Jada who left to go to sleep alone in her bed, and trying to lay with her. Jada refuses her offer and she keeps pushing and pushing until Jada explodes and heads outside.

Join us next week for a recap of another explosive episode of BGC!