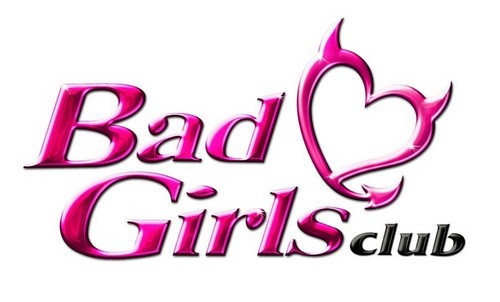 On last week’s episode new girl Aysia managed to immediately make enemies upon arrival, but a romantic spark with one of the girls could be her saving grace. Meanwhile, Jada and Redd’s failed love connection pushed Jada to a dark place.  Did you watch last week’s episode?  If you missed it we have a full and detailed recap, right here for you.

On tonight’s episode, Jada and Redd decid to make amends, but that doesn’t mean the dramas over; the drama ends up causing the house to divide in the tension. Jonica’s girlfriend arrives making Aysia’s life a lot more difficult.

Tonight’s new episode of Bad Girls Club looks like it is going to be filled with the usual drama that you don’t want to miss.  So don’t forget to bookmark this space and come back for our amazing detailed recap of BGC Season 12 episode 4!

Tonight’s episode begins with Redd getting real immature on Jada. She just keeps pushing and pushing the issue of wanting to be with Jada. When Jada isn’t showing interest, Redd just gets irritating and admits to torturing her.  Outside, Redd already realizes she does not like Aysia and gladly shares her thoughts with Aysia and the others. Loren reminds Aysia why she doesn’t like her either—from the first night when she started telling others private things Loren said. Aysia can already see the division in the sand as Redd, Lo, Britt, and Blu call themselves the Fab 4 and intentionally leave the others out. Blu is somewhat her own person, but she is still closest to her three favorite roomies.

Later, Slim and Aysia talk and realize they have a lot in common. They both have trust issues and realize they need to work on breaking their walls down a bit. Diamond (Blu’s girlfriend) is coming for a visit and Blu is very happy about it. The girls go out to eat and the division in the house seems to be getting even more noticeable.  The girls head home and get ready for a night out. Blue’s girl Diamond is there to meet the rest of the girls and hang out with them and spend time with her lady love. Aysia is tense the moment she hears Diamond is in the house. She saiys she’s not sure what to expect, but she’s preparing for war. Aysia is trying not to have feelings, but really like Blu. Redd is ready to point out Aysia to Diamond to stir the pot.

Diamond and Blu try to have some private time, but Aysia gets weird and is the only other one in the living room with them just sitting nearby eating chips. Blu later talks to Aysia about it and although Blu realizes she shouldn’t be messing with her, but says it is hard to resist her because she’s always right there. The girls start building more and more anger towards Aysia. Redd says she wants to start bothering her to the point where she wants to leave.

The girls decide they want to get out and find something called Whirly Ball online and head on out. The girls ride in bumper cars and have to try and make baskets with tiny balls and tiny nets. The girls have a good time and everyone is getting along but Jada and Slim still get annoyed about the Fab 4 comments and separation. Later, Redd and Britt school Blu on Aysia and how she needs to stop spending time with her.

Alex, aka Slim calls her boyfriend BJ and it is obvious she is more on the needy side by her comments. She blurts out that she loves him when they hang up as an “oops” moment, but it is obvious she’s hoping for a good response.

Blu, Redd, Britt, and Lo plan a sneak out. They are heading out and don’t invite the others. The three finally notice their roomies are gone after a while. When the Fab Four get home, Redd notices immediately that Lo’s pic has an X on her face. Redd starts stirring the pot. Lo starts going off, wondering who put the X on her face, Aysia finally comes out and says she didn’t do it but confronts Lo to make sure her name is clear because she says she did not do it. Despite what Aysia says, Lo is not buying it and really has it out for her now.

Meanwhile, Alex’s dad calls and has to cancel their lunch date because a meeting got changed.  Alex called her mom to get some support. She says that her dad has been this way all her life. She knows she never comes first. She thinks that he just didn’t want to meet with her. She tells the girls that now she has BJ, so it doesn’t matter. She says no one can fill that void, but it sounds like she’s thinking BJ might be a good replacement. Later, BJ comes to pick her up to take her to dinner. Alex tells BJ all about her dad over dinner.

While they are out, the house has a meeting. Once Lo says she doesn’t like Aysia, Aysia starts walking away from the meeting and that get Lo even more upset. Blu is getting really tired of all the girls hating on Aysia. Blu and Aysia have a little one-on-one talk. Blue tells he to keep her head up and not to let the others bring her down.

Next week the girls take a trip to Lake Geneva and they are really excited. Another fight ensues…this time Redd is the aggressor. See you here next week for another recap of BGC Chicago!