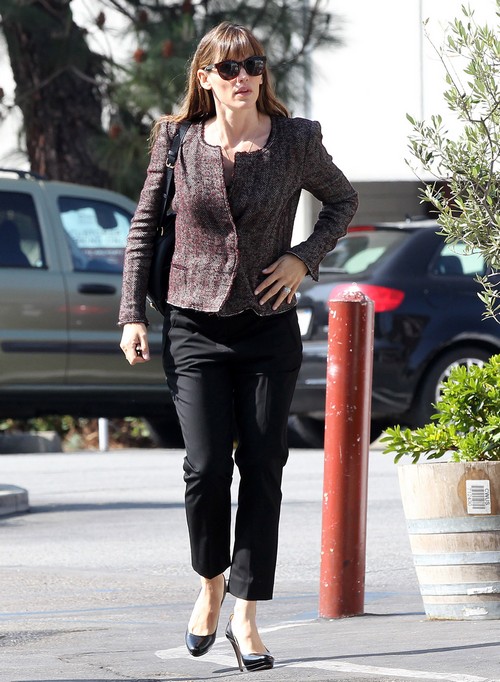 Jennifer Garner doesn’t trust Ben Affleck. That’s pretty much the message that this latest report is sending. According to sources, Jennifer sends the nannies away whenever she has to leave for work, hoping that it will force Ben Affleck to stay at home instead of going out partying. I’m also thinking that she probably doesn’t trust her hubby to stay away from the maids, but as far as we know, Ben has never descended to Arnold Schwarzenegger levels of husband douchebaggery.

A source tells Star Magazine, “She doesn’t think Ben will cheat. She just fears that he could have a weak moment when she’s gone and will go out on the town and get into trouble.”

This report kind of hits the nail on the head, doesn’t it? Ben’s been pretty vocal about how he thinks that Jennifer is sooo amazing for staying home and taking care of their three kids, whereas he’s off directing and acting. I’m sure it’s just so difficult for him to take care of the brood on the few weeks a year that his wife leaves for work. Maybe Jennifer’s just trying to get him to buckle down and spend more time with his kids, and he’ll be forced to do that without any nannies there.

Alas, it’s probably a combination of multiple factors: forcing Ben to spend time with the family, making him sweat a little, making sure that he doesn’t have time to go partying, and also keeping him away from any attractive nannies.