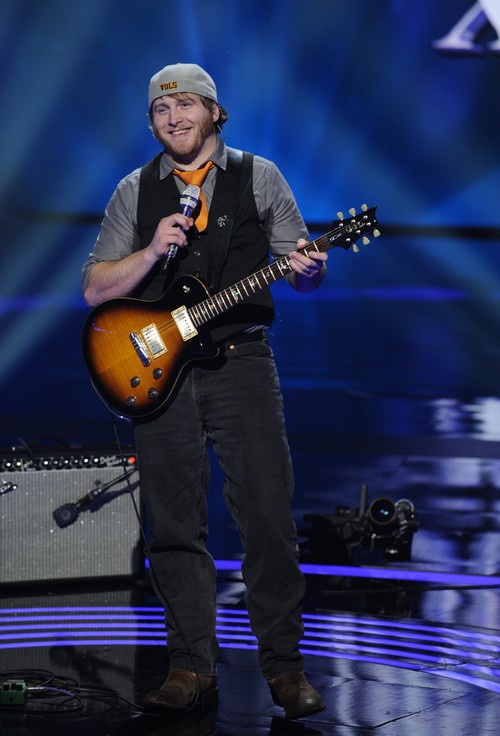 Tonight on AMERICAN IDOL the Top 13 finalists performed songs that conveyed the message, “This is Me.”  For her song BEN BRILEY sang, “Folsom Prison Blues” by Johnny Cash.  Just in case you missed tonight’s show we have you covered and you can read our full and detailed recap here!

Judges comments on tonight’s performance: Keith – “First of all I love Johnny Cash and I loved that you did a Johnny Cash song.  The tempo was pretty quick.  But, here’s the thing, you’re such a good artist so all I ask of you is don’t ever sacrifice your artistic ability to put on a show.”  Jennifer – “I liked that you picked up the tempo, I really did like it.  That was a good example of showing us who you are and taking a song and making it your own.  I thought it was great.”  Harry – “I liked the fact that you did it up tempo, and it was for me the best performance of the night.”

On Thursday, Feb. 27, one American Idol finalist’s journey will end as America’s vote are revealed.  Plus, vocal powerhouse and AMERICAN IDOL Season 12 winner Candice Glover will be back on the IDOL stage to perform a medley of “Cried” and “Same Kinda Man,” from her debut album, “Music Speaks”; and critically acclaimed singer Jake Bugg also Ben Brileys performance? Was it enough for him to move on to next week’s show? Did you miss any of the other artists performances? If you did, you can see them all HERE! Sound out in the comments below and let us know your thoughts were of tonight’s Idol Top 13 Performances.