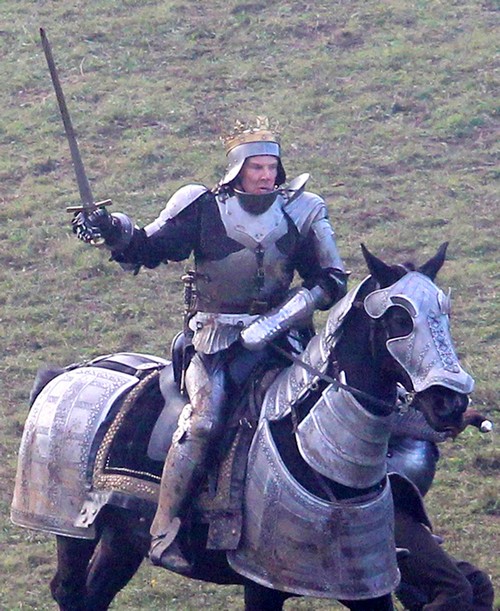 Breathe, Cumberbitches, breathe. Benedict Cumberbatch’s fans are going into full meltdown mode after hearing about his engagement this morning, even though it’s been a while coming. We’d heard some time back that Benedict had flown to Edinburgh to ask for the hand of his girlfriend, Sophie Hunter, from her mother. It was only a matter of time before an official engagement was announced, and Benedict’s fans started freaking out.

I have to give kudos to the way Benedict Cumberbatch announced his engagement. There was a fairly simple notice in The Times of London this morning, and it read, “The engagement is announced between Benedict, son of Wanda and Timothy Cumberbatch of London, and Sophie, daughter of Katherine Hunter of Edinburgh and Charles Hunter of London.”
Sophie Hunter is also an actress, and a very, very low-key one at that. She rarely makes public appearances alongside Benedict, which he’s probably grateful for. Plus, she’s not a famewhore and she’s not a money-grubbing attention-seeker, so that’s a win already.

Plus, Benedict Cumberbatch is about to embark on a long awards season, since he’s considered one of the frontrunners for the Best Actor Oscar for his performance as Alan Turing in The Imitation Game. Having a fiance along for the ride will only help matters, especially since Benedict’s visibility with the LA crowd is still not the best. Everyone knows who he is and everyone loves his performances, but he has so far preferred not to play the fame game. However, I can only say that the timing of this engagement is a coincidence, even though the evidence points otherwise.

What do you guys think about Benedict Cumberbatch’s engagement? Let us know your thoughts in the comments below.