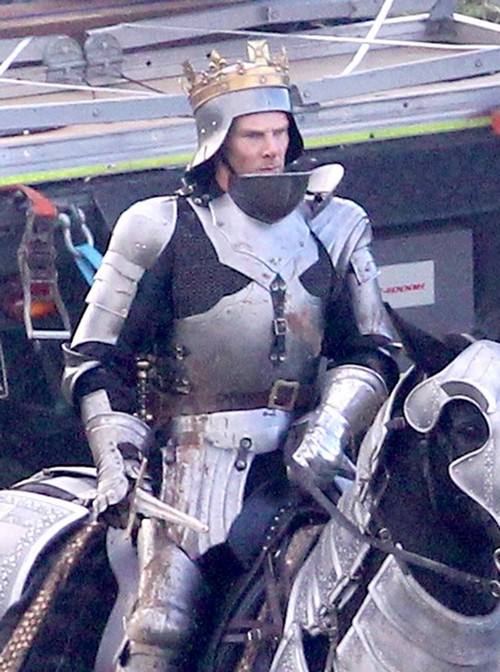 Cumberbitches, we may have some bad news for you. According to reports, Benedict Cumberbatch is about to propose to his girlfriend, Sophie Hunter. Apparently, Benedict flew to Edinburgh last week to meet with Sophie’s mother, supposedly to ask for her hand.

The timeline of Benedict Cumberbatch’s relationship with Sophie Hunter remains vague, but certain reports claim they met all the way back in 2009 but only became serious last year. After all, Benedict did have that fling with that Russian model, Katie Elizarova, last year.

Anyway, Benedict Cumberbatch and Rachel Hunter went public with their relationship at a recent wedding, and Ben was officially off the market. Some of his crazier fans remained hopeful that he would break up with Rachel, but alas, it looks like their dreams are about to be crushed permanently.

The timing of these rumors is a bit suspect, I must say. Benedict claims that he’s not going to be actively campaigning for an Oscar, and that it diminishes from the work that he’s done. But this is the first time his name has been mentioned in serious contention for the Best Actor trophy, and The Imitation Game continues gaining steam every week. He could very easily be timing his marriage to coincide with an Oscar campaign, which would drastically boost his publicity. Using marriage for Oscar purposes has been done time and time again, and by the best. Why shouldn’t Benedict Cumberbatch follow the playbook?

What do you guys think? Is Benedict Cumberbatch’s engagement a foregone conclusion? Or is the rumor mill making something out of nothing? Let us know your thoughts in the comments below.