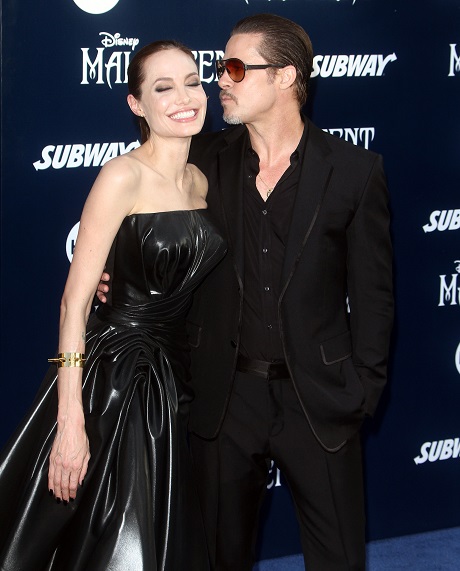 Brad Pitt and Angelina Jolie have managed to revitalize the entertainment industry with their wedding news, but we’re going to start looking at the reasons for them getting married at this particular time. Now, obviously they got married because they love each other and were facing pressure from their kids, yadda yadda. That’s all well and good. But why did they get married right now?

They got engaged more than a year ago, and have since been putting off the wedding for all sorts of reasons. They were too busy, they were working, they were taking a break, etc. It’s not like they had a ton of free time right now either, since Brad has already begun promotional duties for Fury and Angelina is about to head into her own promotional duties for Unbroken. So what made them take the plunge?

Some reports allege that it was the beginning of both of their Oscar campaigns, which would make sense. Brad Pitt and Angelina Jolie getting married has dominated all the headlines this morning, and it has already kicked up anticipation for both Fury and Unbroken, both of which were already on everyone’s awards radar anyway.

But now, the press and the media will be so much more focused on the movies, especially Brad’s Fury – which he also happens to be promoting right now. Coincidence? Puh-lease. Nothing is coincidence when it comes to Brad and Angelina – they are meticulous about their press strategy, and they totally planned this.

They knew that Brad would begin his promotional duties for Fury yesterday, and they knew that the entire world would be focused on the news. Plus, what better way to top off an already fantastic year than to land two Oscar nominations, one for each of them? Box office success, their wedding, and now awards glory – that’s their plan.

And it’s already succeeding, if the media has anything to say about it. Brad’s Oscar push has begun in earnest, and don’t be surprised if we hear about Fury being an early contender for all the major awards.