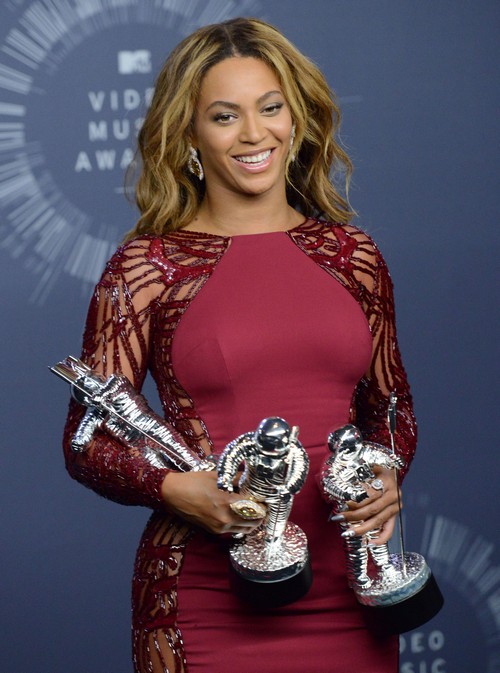 They don’t call her Queen Bee for nothing. We already knew that the VMAs were going to belong to Beyonce last night. She has had a crazy good year musically and was the intended recipient of The Video Vanguard Award- it was Bey’s show and everyone else was just kind of there. Her 20-minute performance to close out the show was everything you’d expect it to be. No matter what is going on in her life or home, Beyonce delivers. She did a medley of basically her whole current album and absolutely killed it.

Not one to actually address rumors, Bey has stayed tight-lipped about the status of her marriage and divorce ever since that elevator smackdown footage leaked to the press a few months back. She and Jay-Z have spent the summer touring together and divorce rumors have run rampant. Every few days a new strategic photo of the couple with Blue Ivy would pop up on Instagram to try and quiet the critics and it semi-worked. So last night, when Beyonce received her award while Jay-Z and Blue Ivy joined her onstage it was the ultimate PR move.

It seems to have worked too. All anyone is talking about is the adorable family and how obviously they are okay. Guess what- that’s exactly what they want you to believe! It was easy for Jay to show up and support Bey’s success and of course he was beaming with pride. Making her daughter a part of that moment means that years from now it’ll also mean something to Blue Ivy which is cool. Does any of this really mean that these two are living happily ever after and that the divorce is off? Nope. It just means that both Jay and Bey can still play nice for a PR moment.

Are you buying in to the notion that Beyonce and Jay-Z’s marriage is fine or do you think last night was intended to quiet critics so that they can then take care of business in peace? Tell us your thoughts in the comments below!