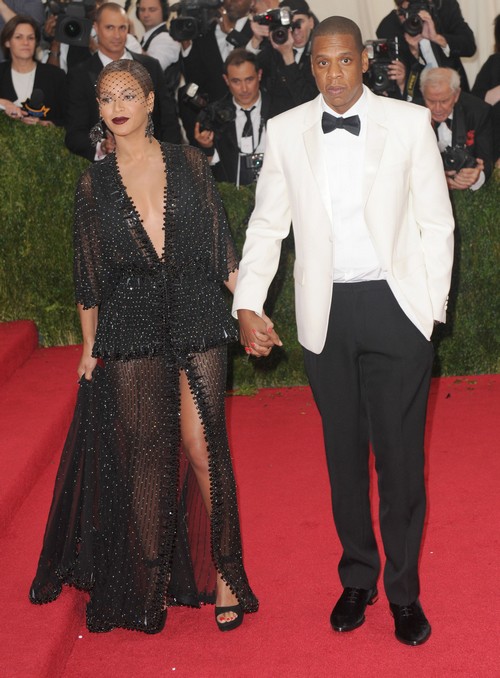 She posted a picture of Kanye West wearing a ski mask from last year, coincidentally [or not really] the same ski mask that Beyonce and Jay-Z are now wearing for their On The Run Tour, also known as the ‘We’re not divorcing, please give us your money‘ tour. That particular part of their tour is going terribly, as evidenced by the continuing divorce rumors. But Kim clearly doesn’t care, since she’s calling out Beyonce and Jay-Z for copying her fiance.

What else do you think her goal in posting that picture was? What, you think it’s a random throwback photo? Kim doesn’t do random, and everything she does is calculated to maximize her media coverage. She knows exactly why Beyonce and Jay-Z are in trouble right now, and she’s basically inviting speculation into their marriage by pulling off this media stunt.

For what it’s worth, Kanye did wear that mask first, and Beyonce and Jay-Z truly do seem to be on the verge of getting a divorce. All the sources close to their camp keep saying that they’re waiting for the tour to break it off for good, and then – kaput. So maybe Kim is secretly sending us a message. Hey, I wouldn’t put it past her.