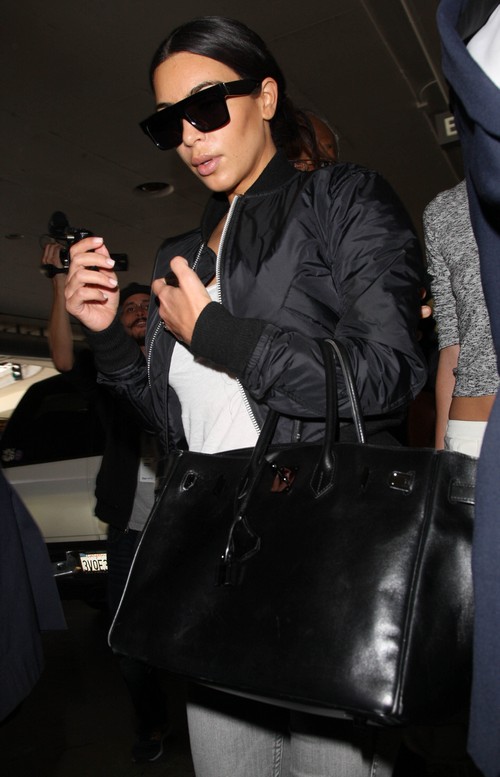 I think we all kind of knew what Kim Kardashian was signing up for when she agreed to marry Kanye West, a quick divorce! She is basically a prop that is desired by other men but owned by Kanye. He takes her out, walks around with her and then puts her away for a week or so while he disappears into the studio- or wherever it is that he really goes. Nearly two months into the marriage Kim finally realized what exactly she had married and decided to confront her new husband while in Mexico for the second leg of their honeymoon.

According to the Aug. 4th print edition of In Touch magazine Kim confronted Kanye after he opted to ignore her for most of the trip while hiding out a half hour away in a recording studio. She told him that it was like being married to a monk and that she couldn’t believe how neglectful he is of both her and Nori. Sources say that Kim was crushed to realize she couldn’t get through to her husband. Instead he pretty much told her that she knows the situation that she married into and to deal with it.

Kim is in a serious panic now because this is like her marriage to Kris Humphries all over again except that she doesn’t dare admit to the world that she made the same mistake twice. Instead Kim is scrambling to save face and trying to present a united front at least in front of the press. All of her effort doesn’t change the fact that she and Kanye have only spent 16 days together since getting married in May. Imagine poor Ignori? That hardly seems like a happy newlywed couple with lovely little girl, does it?. How long will it be before they divorce? Tell us your thoughts in the comments below!