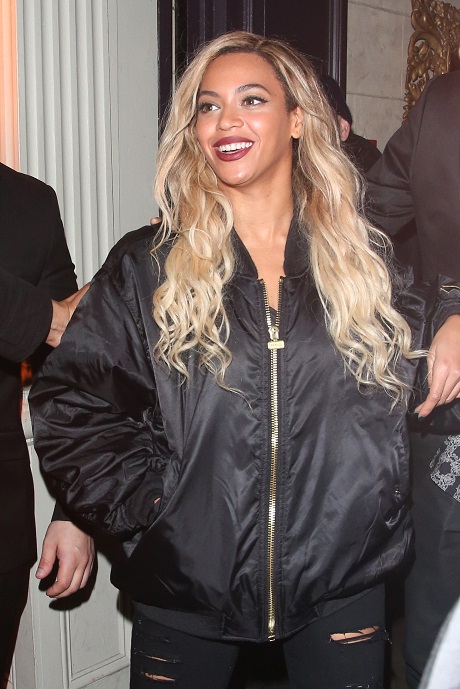 We have been telling you guys for months now that the carefully constructed, media-friendly and PR savvy marriage of Beyonce and Jay Z is quickly coming to a screeching halt and, once again, there is more proof of just that. While the couple was paid in advance for their On The Run Tour (meaning that they would have to spend the majority of the summer together), that doesn’t mean that plans aren’t already underway for after the tour. In other words . . . DIVORCE.

According to  Page Six, Bey was actually spotted early last month looking at a stunning Chelsea apartment. The penthouse on W. 19th St. is valued at $21.5 million and sources say that there is no way that she would spend that much on either her sister or mother. Instead, Bey was quietly looking around for a smaller home for herself and Blue Ivy. This place is half the size of the plush Tribeca home that she currently shares with Jay. Also worth noting, he is very involved in the couples’ retail ventures, so this time around Bey was obviously shopping on the sly.

Before this, we had heard that once the tour wraps next month the couple will likely be going their separate ways — even if they don’t announce it. The marriage counselor that Jay brought on the road with them has been helping them to try and carefully dismantle the marriage, rather than sticking band aids all over it.

If the split is true, then it would make sense for Bey to have found a place earlier in the summer. Surely by the time she is off the road a new home in NYC could be decorated to spec and waiting for her arrival. It would also mean that she wouldn’t have to return to her crib with Jay.