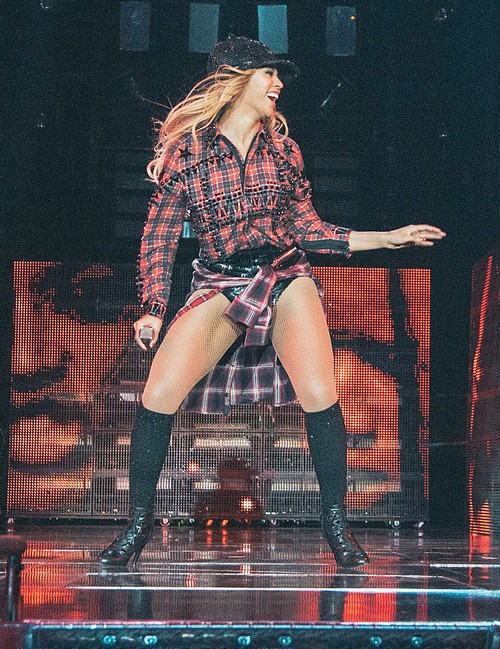 Everybody loves Beyonce, some fans even go as far as to worship the diva, like hardcore fan Pauline John Andrews. Andrews’ story has gone viral, and we’re not exactly shocked. It is borderline insane and totally retweetable.

According to a website called News Nerd, in the summer of 2013 Pauline and 12 of her friends formed the National Church of Bey in Atlanta, Georgia and Pauline named herself the official “Minister Diva.” The Divine Divas registered their church as a legitimate non-profit organization, after collecting donations and emptying their savings accounts the Bey worshippers bought the first National Church of Bey temple where they worship Beyonce and analyze her songs while smoking Beyha (marijuana).

After the story of the National Church of Bey began to make its rounds on the internet, and people began to laugh at how ludicrous it is, the Church spoke out from their official Tumblr page and defended their religion. Check out what they had to say:

“As our congregation continues to swell, we ask that you consider what is more real; an invisible spirit on high, or a walking, talking, breathing Goddess who shows you her true form daily. Beyonce’s spirit is entrancing. We know that she was sent to this place to spread love, peace, and joy. While we do not believe Beyonce to be the Creator, we recognize that she still sits among the throne of Gods. There is a lot of false information being spread about our beliefs, but we will correct all of the vicious lie-tellers. As Beyonce spreads her gospel through song and dance, her message provides uplifting, loving, and many times real-life happenings. We humbly ask you to respect our beliefs, just as you want those to respect yours. Open your mind to new possibilities and you will see, just as we did, that Bey is a true higher power. Surfbort!”

So, do you think this is a joke gone viral or could there be some merit to it? Let us know what you think in the comment section below. Personally, we think the “Minister Diva” was smoking a little too much “Beyha.”