Beyonce and Jay-Z’s Cuban Vacation: Ugly Self-Indulgence At The Expense Of An Oppressed People – Shame! 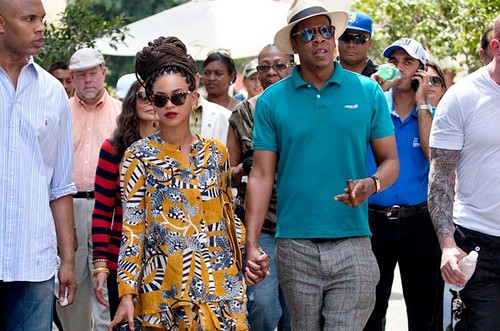 The mystery of whether Beyonce and Jay-Z’s wedding anniversary trip to Cuba was legal has been solved. The Treasury Department says the power couple’s trip to Cuba was authorized under a licensed program that encourages “meaningful contacts” with the Cuban people. Interestingly U.S. law prevents Americans from traveling to Cuba unless they do so under a general, religious or “people-to-people” license. Trips for tourism are not allowed. The “people-to-people” license program was halted under President George W. Bush but restarted by the Obama administration in 2011. Since then, more than 220 licenses have been granted to organizations that are then authorized to bring American citizens to Cuba.

It is very clear that this was a wedding anniversary trip only disguised as a cultural experience for Jay-Z, Beyonce, and their family. Jay-Z and Beyonce are known for going against the grain and feel as they are the President and First Lady of Hip Hop. It was speculated that the superstar couple’s “cultural trip” was fully licensed by the Treasury Department, and that the twosome (whose wedding anniversary was April 4) met with Cuban artists and musicians, visited several live music nightclubs, dined at private restaurants known as “paladares,” and visited a children’s theater. Since when did enjoying your wedding anniversary become a cultural trip? It appears they were doing some of the things Beyonce HBO Documentary says she has experienced over the last few years (Enjoying Life). Was the purpose of including your mother just another stunt in order for everyone to buy this cultural trip?

“Politicians never did s**t for me … except lie to me, distort history.”  He continues, “Obama said chill ‘You gonna get me impeached’ … We don’t need this s**t anyway chill with me on the beach.'”

Jay-Z, I am sorry to have to tell you those politicians are the ones who granted this extravagant lie of a wedding anniversary given the pseudonym “cultural trip”. So it appears they did do shit for you after all and let’s not forget the First Lady Michele Obama allowing your wife to be the face of the “Let’s Move” anti obesity campaign. I guess the “people-to-people” are the OBAMA’S and Jay maybe you should have taken the Prez’s advice and chilled with him on the beach.

Jay the only thing your song has brought to life is the question on whether Obama’s Administration is serious about denying the Castro regime an economic lifeline that US tourism will extend to it. Many want us to believe the government had no idea that those traveling to Cuba included American pop superstar Beyonce and her rapper husband Jay-Z. Seriously this was just a tactic where Jay and Beyonce can once again say “Bow Down” (Bitches).