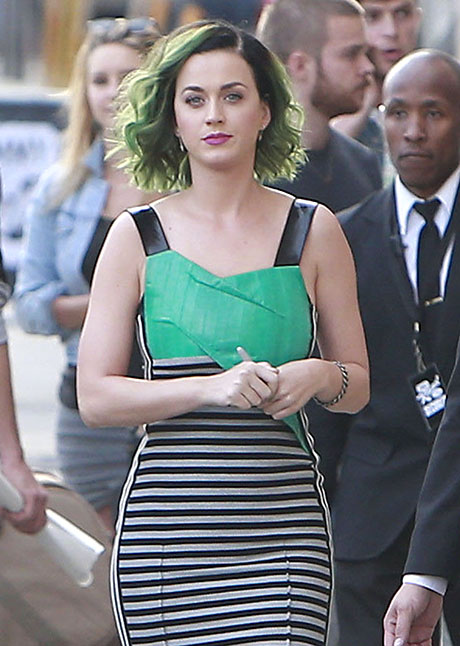 Has Beyonce started an epic diva war with Katy Perry? While this supposed war might not be blatant to all, something seems to be going down, especially given that Beyonce chose to release her new “Pretty Hurts” video and single the exact same day as Katy released her new single, “Birthday.” Some are suggesting that Beyonce has begun to feel the pressure of Katy’s immense success and her complete domination of the pop music industry. Is the Queen B feeling a bit jealous, nervous perhaps, in light of Katy’s chart-topping tunes?

“Partition,” a song by Beyonce, flopped on the charts; the highest spot it reached was #23 on Billboard’s Hot 100. “Dark Horse” by Katy Perry experienced a very different journey, having spent several weeks at #1 on the chart. And the sales for that magical and glorious song have been huge — close to 5 million copies sold.

It’s interesting to consider Beyonce’s jealousy. Even though she might not be feeling these strong emotions, the facts are there: Beyonce’s titles aren’t faring as well on the charts as they did once upon a time.

Do you think the release of these stars’ songs were timed accordingly — strategically placed in an effort to have one epic chart topping battle? If so, poor sweet Beyonce’s losing big time. Katy’s “Birthday” vid has over 2 million views, whereas Beyonce’s “Pretty Hurts” is just under 550K. Yikes. What a big difference!

Watch both vids below and let us know who you think is the true pop diva!