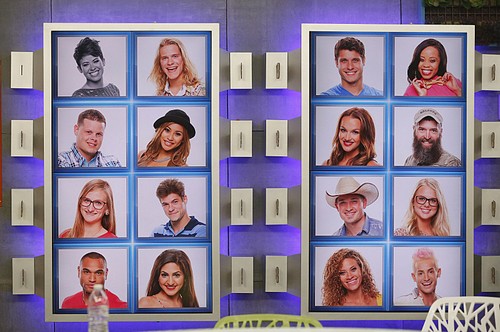 Tonight on CBS BIG BROTHER returns for the eight episode of their 16th season. On tonight’s episode we see who will be evicted from the house, Zach Rance or Paulo Shea.

On the last episode it was the last chance for those who were nominated and were in danger of being evicted from the house, they competed for the power of veto. Devin won the power and although he promised Paola to take her off the block, he took off Brittany because she is a single mother. After that, Devin had to replace Brittany and did so with Zach, breaking his alliance for good as their agreement was that neither one of them would put each other on the block. Did you watch the last episode? If you missed it we have a full and detailed recap, right here for you.

On tonight’s show we will find out which house guest will be evicted out of the big brother house, we’ll also get to see who will become the new head of household as the competition will be held at the same time. Will it be Paola or Zach to go home or will the Team America twist come into play?

RECAP: Zach and Paola are on the block and one of them will be going home tonight. Following the last episode, Brittany made a statement – she told everyone that Paola threw the Battle of the Block competition. Paola then revealed to everyone that she didn’t throw it, but Devin asked her to. Devin tells the house that he didn’t quite say that. Zach then gets up, he calls out everyone and then tells the whole house that they should be going after Devin. Devin’s response, good luck to you Zach.

Amber is so shocked, she can’t believe that Zach lost it. Meanwhile, Paola hopes they feel that Zach is a threat and keeps her in the house instead. Caleb is pissed that Devin put Zach on the block. Frankie on the other hand is upset at Zach for his meltdown.

Paola and Zach get into an argument, he calls her a liar because he believes she threw the competition. Devin is in the HOH room with Caleb, tells him that Zach is going home. Devin then meets with Hayden, tells him that everyone trusts him and want him to be a part of their alliance. Hayden says yes, but little do anyone of them know, he is number one mission is to blow up the bomb squad.

Derrick wants to keep Zach in the house because it would be better for his game. Team America; Derrick, Frankie and Donny meet and discuss who to vote out – Derrick wants them to convince Devin and Caleb to vote out Paola and keep Zach. Derrick meets with Caleb and tells him that if they keep Zach, he will keep them safe a while longer because he is gunning for Devin. So, it looks like Zach is staying and Frankie thinks he should be the one to tell Devin because it will be in his best interest. Frankie tells Devin that they are getting rid of Zach, Devin tells him that he is no longer in the bomb squad, he is running solo from now on. Devin declares that he is going to pick off every person in the house one by one. Paolo’s speech just before the vote was priceless, she said that Devin has five personalities and they all suck. Zach puts it simple, if everyone keeps him safe, he will make it his number one mission to get rid of Devin. Time to vote; it’s official, with a vote of 10 to 2, Zach is safe, Paola is evicted from the Big Brother house.

Julie asks Paola who was responsible for her eviction, she says Devin. Paola says she is rooting for Jocasta or Donny to win the game.

Time for the new HOH competition, it’s a game of water polo and we are crowning two HOH’s with Devin not permitted to play as the previous HOH. The winners are Derrick and Nicole.