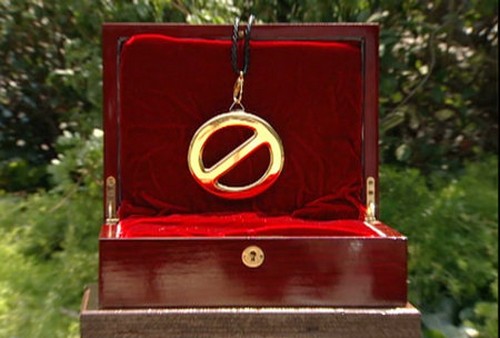 Tonight on CBS BIG BROTHER returns for the seventh episode of their 16th season. On tonight’s episode we see what happens on the live “Power of Veto”. Houseguests will vie for the power of veto during the veto competition.

On the last episode there were two new heads of household, Devin Shepherd and Amber Borzotra and they were moving into their rooms; we also got to see which four house guests that were nominated to be evicted from the Big Brother House; Devin revealed his nominations first; Paola and Brittany. Amber then reveals her nominations; Hayden and Nicole. Did you watch the last episode? If you missed it we have a full and detailed recap, right here for you.

On tonight’s episode this will be the last chance for those who are nominated and are in danger of being evicted from the house to save themselves, tonight they will compete for the power of veto.  If you need to know who get the POV and who is taken off the blog we have already spoiled the episode for your enjoyment.  Remember it is a spoiler!

RECAP: Devin is relishing in his glory and considers himself the puppet master. Meanwhile, Hayden, Nicole and Christine are thrilled that they are safe. Amber is no longer HOH but she is sure she is still safe with the Bomb Squad on her side. Brittany feels like she is going home, she is Devin’s target, but she is not going down without a fight.  Hayden thinks Devin has lost his mind because he changes his mind all the time and makes him feel creepy when he gives him these strange man hugs. Meanwhile, the last thing anyone wants to do is have something to do with Devin’s strange plans.

Zach says there are two parts of the Bomb Squad, the believers who are idiots and the people who think he is insane. Devin thinks he runs the alliance, but the other members want Brittany to stay and Paolo to leave.

Amber’s relationship with Caleb really worries Devin, he thinks she toys with him and it’s dangerous. Christine is afraid of Devin, but Caleb tells her not to worry, he will protect the women, especially Amber. Caleb declares that he treats women with dignity and respect, game or no game.

Caleb, Derrick, Frankie and Devin have a chat. Caleb tries to tell Devin that nobody else wants Brittany to leave, Devin gets upset and blames Amber. Caleb goes on to say to Devin that all the girls are terrified to speak him. Devin leaves and heads to the HOH room and talks to himself, calling Caleb a love struck puppy. Devin then heads back outside, Caleb asks if he feels better and he says no. Devin is pissed, he tells Caleb no more alliance, the whole thing is done. Caleb tell Devin that that is fine with him, Devin will be going home next week.

Derrick and Frankie are called into the diary room separately, they find out that they are part of Team America, the twist. Time to pick the players for the Veto competition, it is Amber, Derrick and Zach.

Devin tries to smooth things over with Caleb and apologies that their alliance went south the night before. Caleb tells Devin that everyone in the house wants to see him go home. Devin knows he needs to get to the bottom of it, see how people are feeling and do some damage control. Devin calls a house meeting (his reinstated alliance only), he tells everyone to put on the Big Brother house and Big Boy pants. Devins says they have to keep their alliance safe and agree on who to send home. Zach says that Paola is the weakest player and should go home (long awkward silence), Devin says that Caleb revealed people in their alliance wanted him to go home and he wants to know who it is, nobody speaks up. Zach then speaks to Devin privately and tells him he is loyal to him till the end. Devin now knows that Zach was the one who wanted him gone, so he wants Zach gone.

Time for the Veto competition, Devin turns around to Paola just before they head out to compete and tells her if he wins, he will use it on her.  When they head out to the yard, houseguests see planets named after former BB couples like Brenchel and he says they should name a planet after him called Dev”topia”. The goal is to get all your BB planets balanced on to the BB galaxy. Devin lines up all his planets and wins the POV.

After the POV competition, Zach goes to see Devin who tells him that he no longer trusts him. Brittany goes to see Devin next, she tells him that she wants to stay in the house, he says that he considers her a big threat. Brittany then pulls on Devin’s heart strings and says that they are both doing this for this kids, they are each sacrificing a lot. Devin falls for it. Devin tells Brittany that Paola threw the BOB competition, he is testing her with this information.

Time for Devin to use his POV, he promised Paola he would use it on her and he promised Brittany; either way, one woman is going to be mad at him. Neither woman trusts Devin, it’s hard to tell what he is going to do. Meanwhile, Zach says that if Devin puts him on the block, he is taking Devin down. It’s time, Devin uses the POV on Brittany because she is a “single mom”, is he kidding? Now the time to name a replacement nominee, he puts up his own alliance member, Zach. Brittany wants to say something,…… but in usual BB fashion, they are going to make us wait to find out.