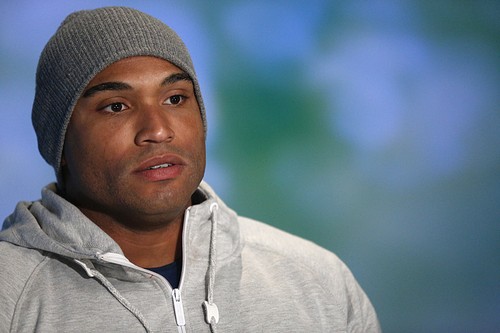 If you are following the Big Brother 16 live feeds, then you are well aware that the Big Brother House is in an uproar right now after the Power of Veto ceremony. Devin Shepherd the reigning HOH, has proven himself a loose cannon, and nominated Brittany Martinez and Paola Shea for eviction. After cursing out members of his own alliance the Bomb Squad and going rogue, the worst case scenario occurred, and Devin also won the Power of Veto.

The Big Brother 16 players have been walking on egg-shells for the last few days, because no one really knew what Devin was going to do at the Power of Veto Ceremony. He patched things up with some of the members of his alliance, he promised Paola he would take her off the block, and then he announced he had a crush on one of his nominees, Brittany.

Well, the Power of Veto Ceremony has been held, and the BB16 house is going crazy right now on the live feeds. In an unexpected twist, unpredictable Devin removed Brittany from the block after he spent half the week telling everyone in the house that they had to vote her out. As if that wasn’t crazy enough, Devin back-doored a member of his ex-alliance, and put Zach Rance up on the chopping block.

It’s really anyone’s guess right now who will be eliminated at the live eviction ceremony this week on CBS. Paola is the weakest link in the Big Brother house, and is definitely a sitting duck on the eviction block. However, the last few days on the live feeds Zach has been going literally crazy during his stint as a Have Not and it may be strategic for the houseguests to get him out of the game now.

Are you as shocked as we are by Devin vetoing his own nominations and taking Brittany off the block, and putting Zach up for eviction? Who do you think the BB16 players will vote out this week? Let us know what you think in the comments below and don’t forget to check CDL for all of your Big Brother spoilers and recaps.