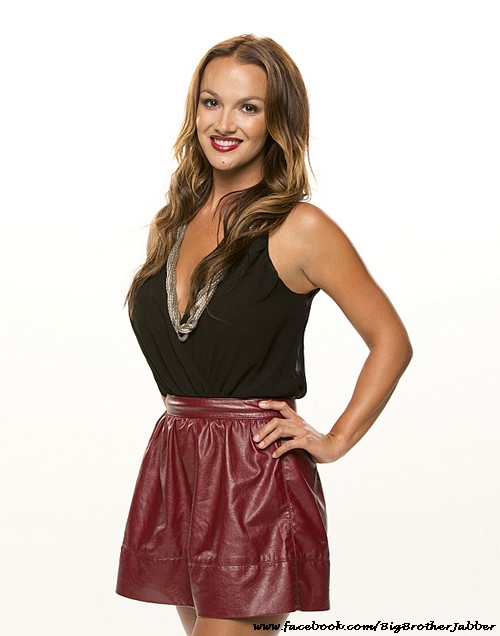 Brittany Martinez is nobody’s fool and she is not happy about Devin targeting her for eviction on Big Brother Episode 6. Devin has always shown himself to be a bit of a loose cannon and this week he is aiming his cannon at Brittany. The reasoning is not so solid for Devin but that is nothing new. Fortunately for fans of Brittany Martinez, she is not going anywhere. Here are five good reasons why I think Brittany will end up staying in the house after this week’s vote:

Brittany is determined – This girl has shown that she will not go quietly. Not only was she a beast in the first battle of the block, she was also great socially when she found herself on the block the last time so I expect more of the same from her. If anyone were going to be chosen to take on Devin head on, it would be this feisty single mom from California.

Devin tends to meltdown –  If Brittany plays her cards right and really pushes the right buttons, Devin will most certainly melt down. In fact, if Brittany does nothing at all, Devin will probably melt down. I have never seen a guy or girl in this game spend so much time stirring the pot as Devin. He will shoot his own plan in the foot somehow.

Brittany has several secret buddies –  If you follow the feeds, Brittany is far from alone. In fact, she has some members of the Bomb Squad itself under her cute little spell. If she can lure them in a little closer, it should not take the fragile Bomb Squad very much to fall apart. Why not start a real alliance to replace this silly one that has started out the game? Many of them know it is already doomed. Brittany has the goods to make the move.

She has those fluttering eyes and beautiful face –  Okay… so you can never underestimate the beauty of a woman in a house full of young guys. There are enough dudes in that house that think she is hot to keep her right where she is. This might not always play out to be true, but can you imagine ever choosing Devin over Brittany as a guy? That is one thing I could never do. Cody and the gang need to wake up and get moving on this new alliance thing!

Brittany has something to play for beyond her own desires –  There is something very powerful about a mother playing for her kids and Brittany clearly loves her children. The single mother thing is hard to understand unless you have witnessed it and that is a huge advantage over the rest of the house for her. She has a reason to stay that is beyond her own selfish desires. A woman fighting for her kid’s future will beat a shallow, self centered player every single time. Hopefully the odds come out the way they should on this particular time around the Big Brother wheel of misfortune.