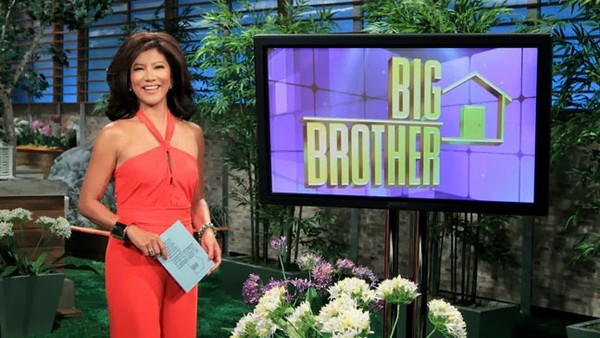 BIG BROTHER returned to CBS last night with its 16th season and I have to admit it is my guilty pleasure and Celeb Dirty Laundry will be covering all the fun live.  On tonight’s episode it is part 2 of the season premiere where new twists are revealed and more houseguests will enter the house.

For those of you who are not familiar with the show, Big Brother is a television reality game show based on an originally Dutch TV series of the same name. The show follows a group of houseguests living together 24 hours a day in the “Big Brother” house, isolated from the outside world but under constant surveillance with no privacy for three months.

On last night’s episode we were introduced to half of the houseguests. What did you think of the premiere episode? Do you have any favorites? Did you watch the episode?  If you missed it we have a full and detailed recap, right here for you.

On tonight’s show now that we were introduced to  half of the contestants, we’ll now be introduced to the rest as well as the new twists that’ll be appearing in Big Brother season 16.

Big Brother 2014 airs tonight at 8pm with another great episode, we will be live blogging the show with all the up-to-the-minute details so make sure to come back to Celeb Dirty Laundry and watch the show with us. Can’t wait to see how all the drama plays out, how about you?  Are you excited about the new season?

Tonight’s episode of Big Brother 16 is the second night of the season premiere. Eight more house guests will be moving in to the Big Brother house, to join the eight players that have already spent one night together and selected their first HOH (Frankie).

The eight players moving in to the Big Brother 16 house tonight are:

Julie reveals to the eight new players that there are already eight players inside, and one of them is already HOH. However, once they move in they will play in an HOH contest as well and there will be two HOH’s by the end of the night.

Jocasta, Caleb, Christine, and Hayden head in to the Big Brother house first and are greeted by the eight players waiting for them in side. Caleb is already smitten by Amber. Jocasta skips the greeting party and rushes to find a bed. A few minutes later, Victoria, Zach, Derrick, and Brittany head in to the house. Victoria is convinced that Frankie is her new BFF. Nicole is scared that her alliance is going to crumble now that there are eight new players.

All sixteen of the Big Brother players pop open the champagne and sit down and introduce themselves to each other.

Julie Chen reveals it is time for the second HOH competition of the summer. The new eight players head out to the backyard; all eight players sit on a log and lay down and hold on to the handles while the log rotates in circles. The last person remaining on the log will be the new HOH. Victoria is the first player to fall off the log. The remaining seven players are doused with barbecue sauce. Brittany falls off next, followed by Jocasta, Christine, and Zach. Derrick falls next, and the last two players remaining are Hayden and Caleb. Hayden finally drops and Caleb is the second HOH.

Julie leaves the house guests to let the news sink in. Caleb is not impressed with his new HOH role, and the rest of the houseguests begin squirming over which one of them will be nominated.

This summer America will have three players that they have voted for to put in their own alliance. The first member of Team America is Joey; she heads in the diary room and finds a letter informing her she has been chosen to be part of Team America and will have to keep her alliance a secret and perform secret tasks chosen by America.