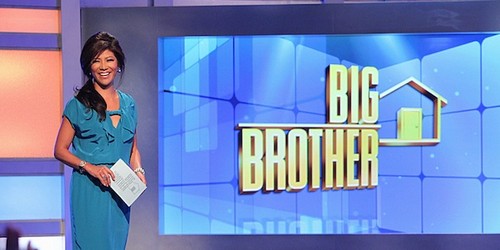 BIG BROTHER returned to CBS last week with its 16th season and I have to admit it is my guilty pleasure and I am loving this new season. Celeb Dirty Laundry will be covering all the fun live so make sure to bookmark us and come back often.  On tonight’s episode the Power of Veto competition is held.

On the last episode the nominations for the eviction were revealed and that’s when the drama began to get crazy. Caleb announced that he was nominating Paola and Donny. Frankie announced that he was nominating Victoria and Brittany. Victoria was stunned and hurt, because Frankie had told her at one point that they were going to work together. During the Battle of the Block competition,  Victoria and Brittany won the competition, meaning they were no longer up for eviction, and Frankie was no longer HOH. Paola and Donny will have one more chance to save themselves though, they still have the Power of Veto competition to look forward to. Did you watch the last episode? If you missed it we have a full and detailed recap, right here for you.

On tonight’s show things are about to get serious when the Power of Veto competition is held. Paola and Donny have one last chance to save themselves by winning the PoV and taking their selves off the block.  If you cannot wait until tonight’s episode, we have already spoiled the episode for you, right here for you.

Tonight’s episode of Big Brother picks up after the Battle of the Block competition. Victoria, Brittany, and Caleb are all celebrating their victory. Meanwhile Frankie, Donny, and Paola aren’t feeling so great about their loss. And, Frankie is less than thrilled about being dethroned. Donny pays Paola a visit, and cries because he feels guilty that they lost the competition.

Devin follows Caleb back to his HOH room and celebrates with Caleb over his victory. Caleb realizes that Devin might not be as paranoid as he thought, and Donny is actually some serious competition. Later Devin heads downstairs and checks on Donny, his fake teammate. Donny is in tears because he is overwhelmed by all of the love he is receiving. Devin thinks he is just trying to play him and get a sympathy vote.

Caleb, Devin, and Frankie are chatting with Donny and Caleb and Devin are convinced that Donny is a Navy Seal or a “Super Soldier.” Caleb is sure he was in the military because he doesn’t have any hair on his shins and that is usually a sign of wearing combat boots. Frankie thinks Caleb and Devin are both paranoid messes.

The next day the houseguests walk in to the kitchen and find it full of slop. A note says that Caleb has to pick four players to be have-nots for the first week. Caleb doesn’t have to choose four people though, because Joey, Hayden, Brittany, and Cody volunteer. The bedroom they have to sleep in is full of icicles and their beds are frozen, but luckily Big Brother supplied them each with mittens and emergency blankets.

Joey corners all of the girls in the bathroom and tries to form an all girl alliance. Amber blows her off though because she is already in the Bomb Squad. Afterwards she heads upstairs and fills Caleb in on Joey trying to start her own alliance. Caleb reveals that he wants Joey out of the house now. Later Joey confesses to Devin that she tried to start the all girl alliance, and he laughs that she is probably the “worst Big Brother player ever.”

It’s time to draw players for the Power of Veto competition. Caleb, Paola, and Donny are already competing in the POV competition. They draw names and Victoria, Zach, and Cody will be playing in the POV competition as well.
Paola goes to her bed and cries after they draw POV players, because she is sure there is no way that she can beat Cody, Zach, or Caleb. Jocasta and Amber try to comfort her, and Jocasta says a prayer for her.

It’s time for the Power of Veto competition, and the houseguests head to the backyard. The six players will have to swim through a pool and, under a huge fake hairbrush, and dig through fake hair to find a plastic letter. The first team mate to spell the longest word in the shortest amount of time will win the Power of Veto. The players rush through the soap and begin strategizing about what words they can spell. Victoria, Caleb, Paola, and Cody don’t even spell a word when time is up. Zach manages to spell a seven letter word correctly. Donny wins the POV competition with a nine letter word.

The Bomb Squad was planning to evict Donny, but now that he has the POV, they are setting their sights on Joey since she was plotting against them and tried to start an all girl alliance. As soon as the POV competition is over, Joey heads upstairs and tells Caleb she is sorry for trying to start an alliance.

The houseguests gather in the living-room for the first official Power of Veto meeting. Donny reveals that he will be using the POV on himself and removing himself from the block. Caleb has to nominate another player in his place, so he puts Joey up for elimination.